The truth behind Noah Kagan

Me and Noah have been friends since around 2005 when we met through our blogs…let me share some behind the scenes you may not know about him! 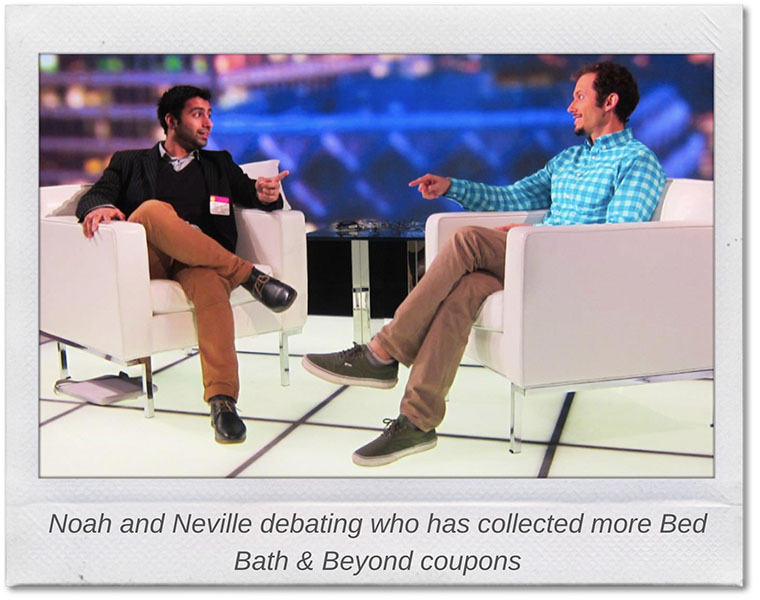 Noah has got way better looking as time has gone on.

Look at this goofball, and look at him now….what a difference! 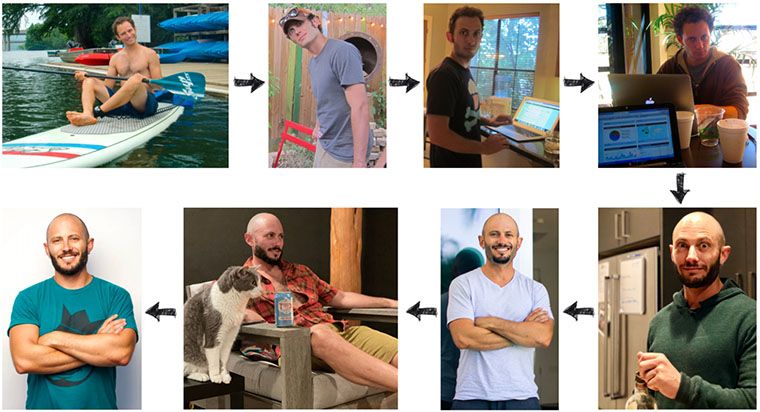 After much deliberation around March 2017, Noah started shaving his head, and it ended up looking amazing!

Around the same time, Noah started taking working out and nutrition more seriously.

He went from scrawny to jacked in about a year. He even brings all his friends along for the ride, and constantly organizes workouts in his home gym, or bike rides, or playing squash: 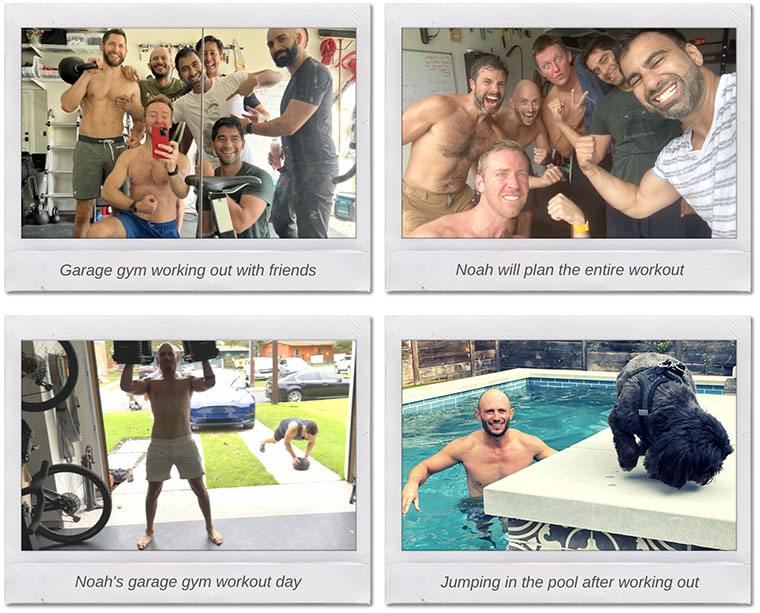 He's always been a hard worker, but it doesn't seem like work to him.

Noah truly enjoys working, AND he’s a master at working from anywhere. So long as there’s a laptop and wifi, Noah can get in a solid few hours of work. Also, he focuses when he works….he has no problem cranking out work for hours…it’s probably why he’s successful.

He really can outwork most people because he enjoys his work. 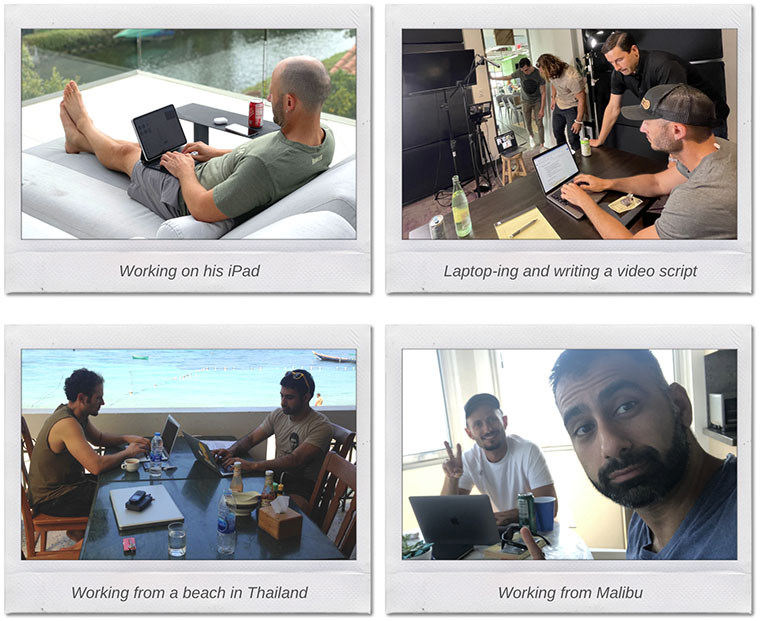 He’s still down to dress up and be goofy

I mentioned Noah’s a hard worker, but also plays hard! For how big a company he runs and the responsibilities he has…Noah is still one of the goofiest and craziest people I know! 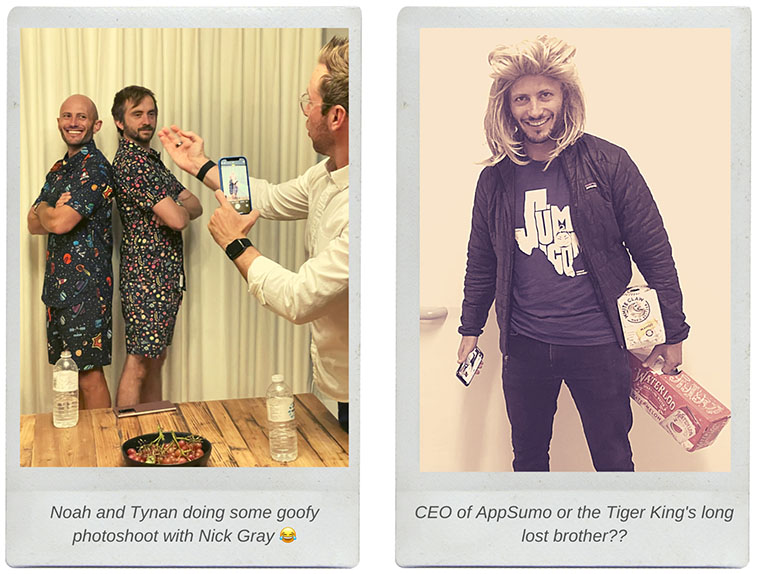 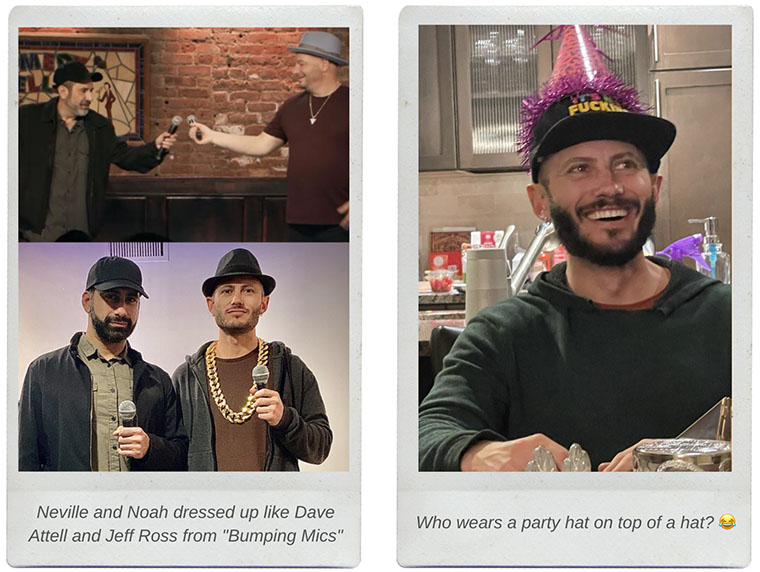 At any given point you might see Noah randomly doing 20+ pushups. It happens randomly.

The funny thing is when he starts doing them, almost always other people join in! 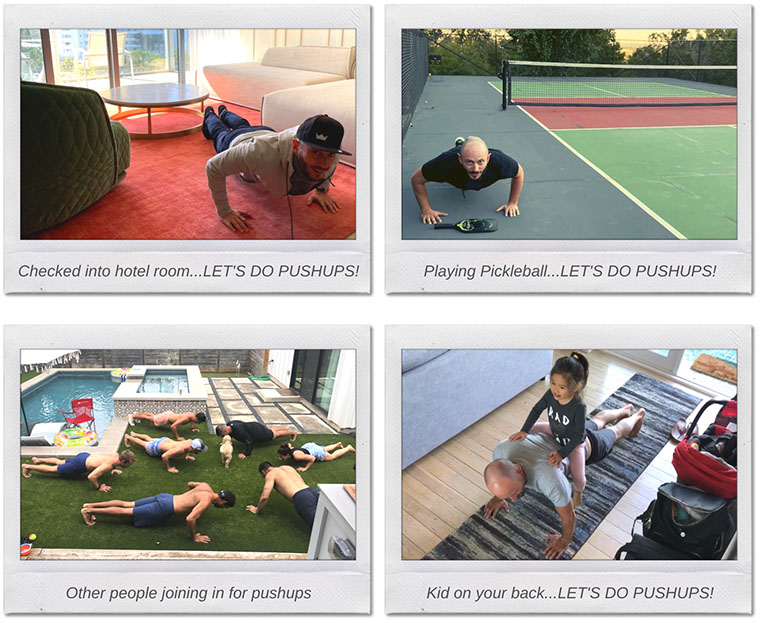 Noah got to know his awesome network of friends by throwing conferences in Silicon Valley. What I came to learn over the years is that Noah LOVES hosting things.

He legitimately hosts maybe 2+ events per week. Whether it’s a small hangout with friends, or an event like SumoRide: 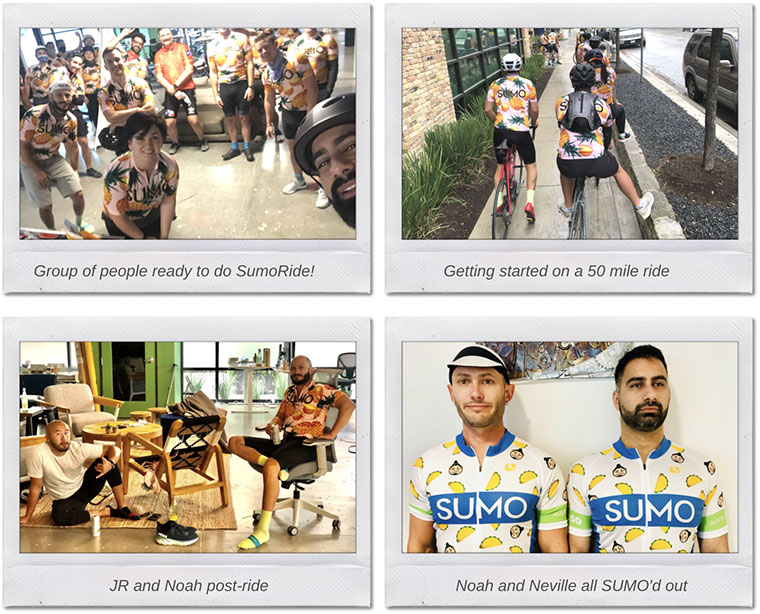 Noah will even make up reasons to host events! For example, he threw our friend David a fake Bar Mitzvah 😂

For most people organizing an event is a little stressful, but somehow Noah finds it to be enjoyable and easy. This is likely why he’s a “friend hub” for lots of people!

Hopefully, that was some fun inside info on Noah, and maybe you can use his example to improve some areas of your life :)

Join my email list and get my favorite marketing strategies, exclusive behind-the-scenes interviews, and tips to grow your business.