Quick Question: What's behind your couch? 🛋

So, I was in my son's room doing an upgrade to our internet (the routers are in his room).

Upon moving his couch, I was greeted by this: 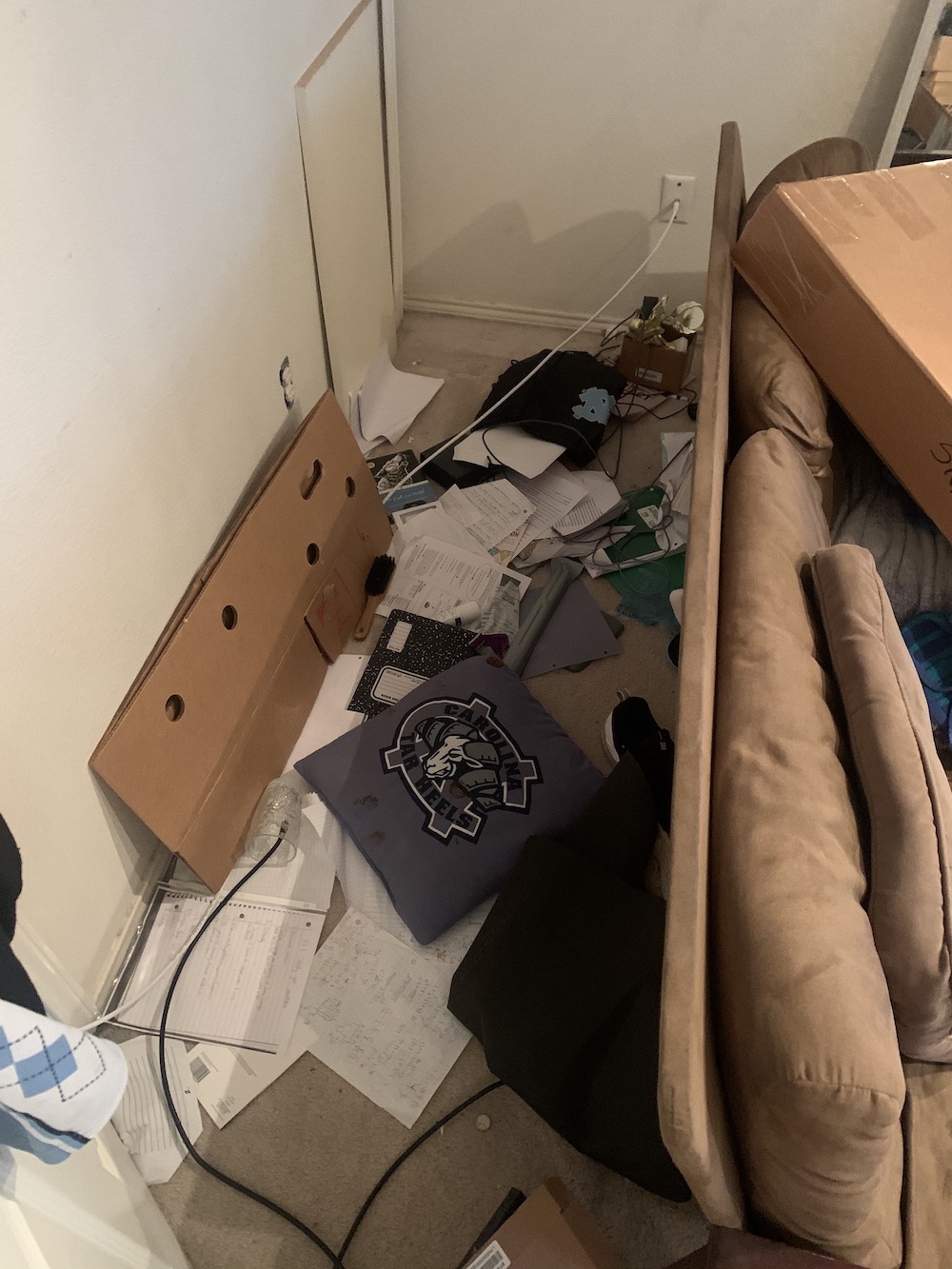 Unsurprisingly, I began finding stuff that had been missing for some time.

(Note: If you've been missing something, describe it to me, and I'll look behind his couch).

Anyway, here's why I'm writing: it dawned on me that we all have stuff that we're carelessly or purposely "putting behind our couch," which is to say putting into our heart. Although no one can see it, it's there, and one day it will be revealed.

Jesus said it pretty plainly: For all that is secret will eventually be brought into the open, and everything that is concealed will be brought to light and made known to all. (Luke 8:17).

For the sake of your marriage, your family, and your faith, stop putting stuff behind the couch.

Deal with it before it deals with you.