How to rally people around your brand w/ surveys & petitions

Because we all want to feel good about the brands we're buying from, right?

This week, my kids' virtual schooling switched from a few hours per day, to matching online classes with in-school class schedules.

That means my kids went from 3-4 hours of school screen time that was broken up throughout the day, to having to sit in their rooms in front of their computers for almost 8 hours per day. All in one stretch. Plus homework.

Yes, it's as ridiculous and unhealthy as it sounds.

So, of course, there was a petition. 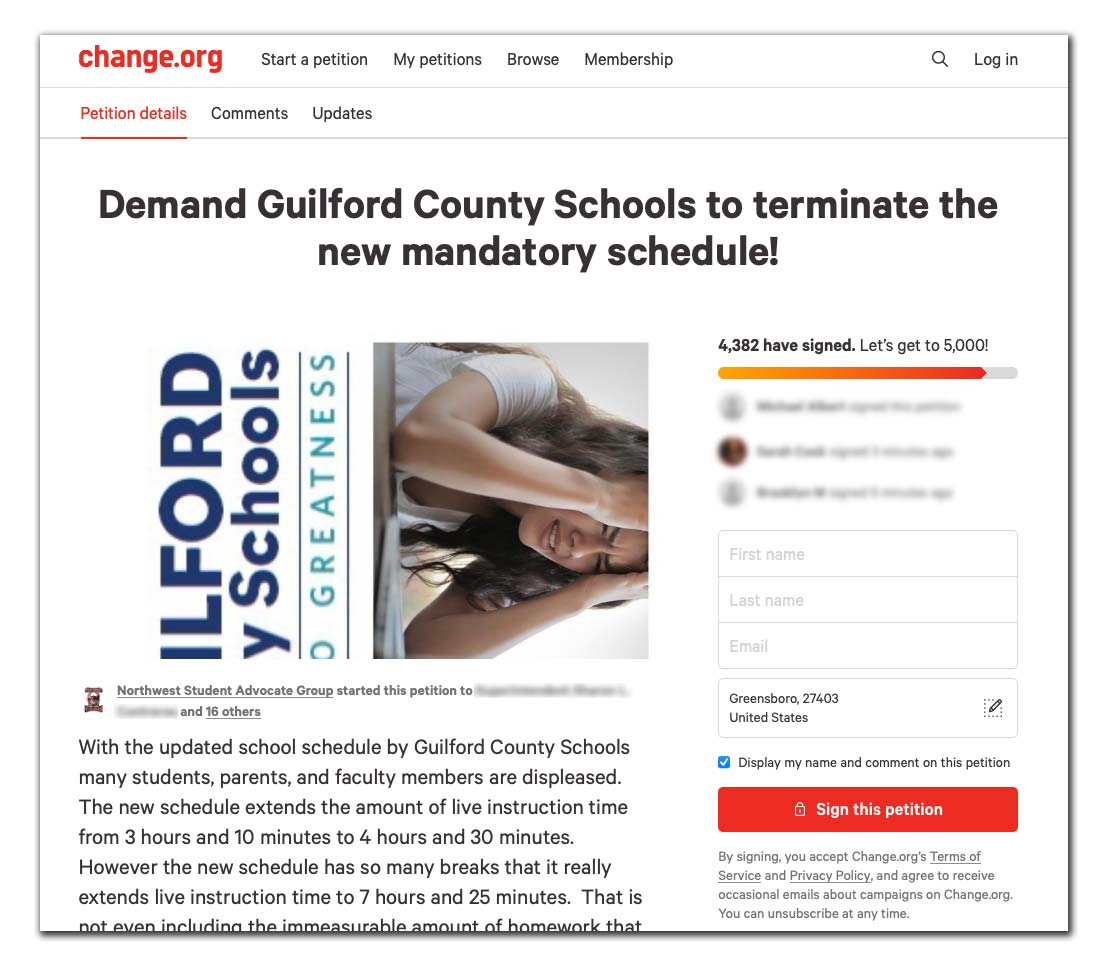 But will it make a difference?

So far, no. My kids are stuck in their rooms, in front of a screen, all day.

So was it a failure?

Because it connected people around a cause

Let's say you didn't like the new schedule, but didn't want to say anything because you weren't sure how others felt.

Now there's social proof that others feel the same way you do.

I'm not holding out any hope that our school board will make an intelligent decision (they don't have a great track record, unfortunately).

But I do take comfort knowing that a LOT of other parents, teachers, staff and students all feel the same way I do.

How can I use this for my content marketing?

There are a number of ways you can use similar tactics to unite customers around your brand. Well, technically around a cause that your brand believes in, thereby aligning your brand with a cause that people are passionate about. Now they feel more aligned with your brand. Without you having to beat them over the head with it.

Here are some examples:

The first two are fairly self explanatory.

With fundraising, you could give customers the chance to donate to a cause you're spearheading. Or make a donation for each purchase they make. Or align your brand with a celebrity's cause that resonates with you and your customers, perhaps offering to match their donations.

There are a lot of ways to use these...get creative.

(Stuck for ideas? Email me for a brainstorming session) 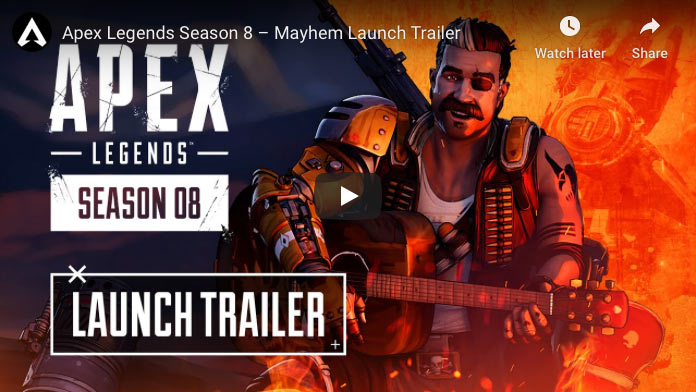 This one's not mine, but it's another way to rally, er, rile up people about your product!

For those who don't know Apex Legends, it's a battle royale "last man standing" game, similar to Fortnite, except you're playing in teams of three. Each "season" introduces a new character, and updates to the Kings Canyon battlefield map.

Each new season and character get sizzle reels to announce them. And they're amazing.

Doesn't even matter if you're into video games, watch these:

Here's why this is brilliant:

The videos debut a month or more before the new season starts, getting people hyped up on the new character and excited to see how the landscape will change.

Which means tons of vloggers lighting up YouTube with analysis videos, fans posting on social, and a renewed interest from casual gamers.

The videos are extremely well produced, and the stories could easily stand on their own as entertainment. But for the cost of one video, EA gets a thousand times that in earned media promotions.

What kind of content could you produce that would get people excited about an upcoming product or service? Or that reinvigorates an existing product?

4540 Chicharrones are one of those items that Costco frustratingly has only occasionally. We stock up when they have them, which elicits a few odd looks in the check out line, but dang are they good! Fortunately, I just found them on Amazon! They're a great, high-protein snack when you want need something salty and crunchy that's not a potato chip.

Once Again Nut Butters are super tasty, organic, and sustainably sourced. We've tried the Peanut Butter, Cashew Butter, and Almond Butter, but they have a lot more varieties. We like them so much, I'm seriously tempted to order the 9lb tub of their creamy Peanut Butter! It'd probably last us two weeks.

Athletic Brewing Co makes non-alcoholic beers that rival the "real" thing in flavor and personality. Crafted just like the good stuff, they've made my January detox a lot more refreshing. Because there's still something about crackin' open a cold one that makes a great end to the work day, no?

*Any items, services, or products mentioned in these emails are provided solely because I think you'll like them. I don't sell this space, but some links might be affiliate links, which earns me a small commission (beer money, really) if you buy something. This helps support all the free content. Thanks!