Slow yo' roll, brand-ey, it's a little early to be acting like we're buddies, mmkay?

You want to think of your best customers like friends. Loyal pals who'd stick with you through thick and thin.

There are customers like that, but they're hard earned over time.

The problem is with new customers 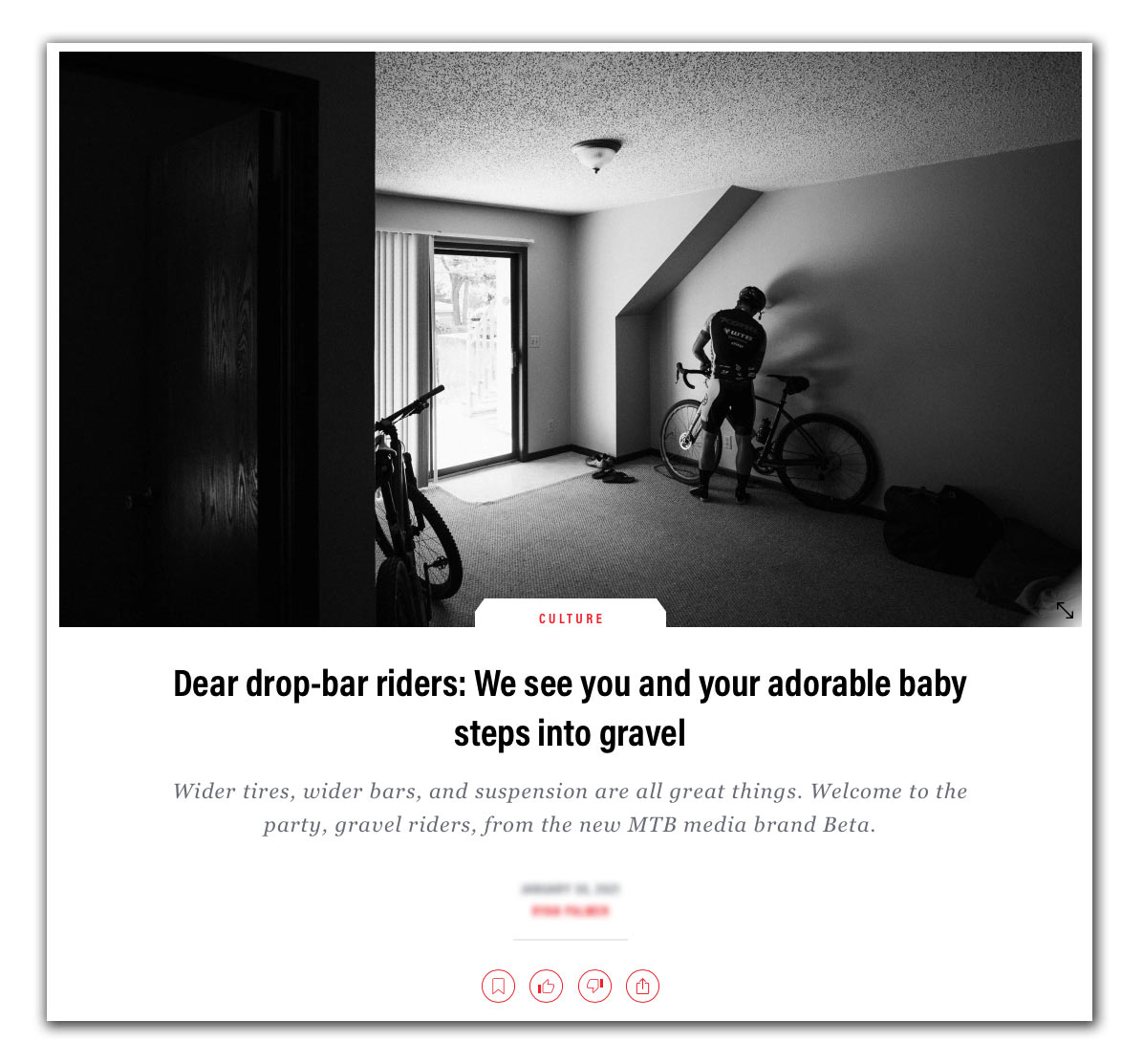 Or, potential customers that aren't even customers yet, let alone "friends".

That screen grab up above is a perfect example.

Recently, a well-known road cycling publication launched a mountain bike publication. So they published a letter introducing it to their core readership of road cyclists.

These road cyclists were the target audience; the potential new customer.

But the letter was written by someone from the mountain bike side. Someone trying to sell them on something. Someone they don't know and with whom they have no relationship.

And it didn't go over well

Because the roadies and the author weren't friends.

Personally, I know the guy that wrote that letter. He's a nice guy. We've shared beers. And I know he was just being playful with his words.

He wrote the kind of letter he'd give to his close friends who are also road cyclists, and they'd take it as the gentle, friendly ribbing it was intended to be.

But only because they had a long term relationship.

The road cycling publication's readers? Not so much.

They have no idea who this guy is.

To them, it was a little condescending.

It didn't matter how well written the letter was, it was doomed from the start because it was written for the wrong audience. Or, more accurately, written incorrectly for the intended audience.

The point is, these road cyclists were new, potential customers for the MTB mag.

This letter should have courted them on their terms, explained why they might want to read it without the wink-wink-nod-nod that we can get away with between friends.

Be careful about doing this with your own marketing.

If you're using inside jokes, they may not resonate (at best) or sound offensively tone deaf (at worse).

Otherwise, you're just going to sound like an a-hole.

And nobody likes an a-hole. 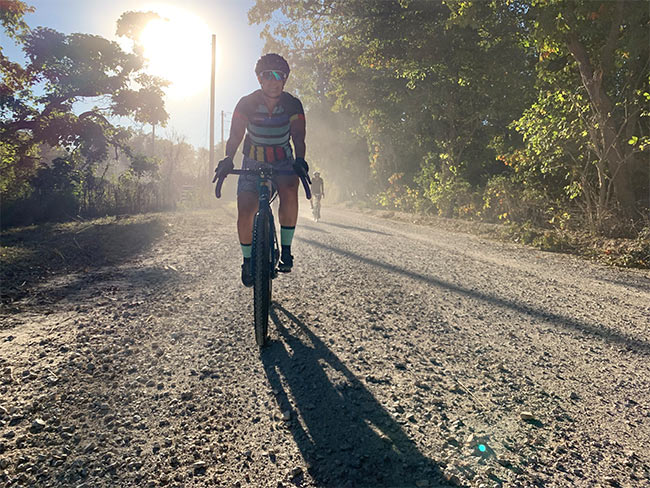 Last week, I shared the video I did for Bentonville, Arkansas's Chamber of Commerce and tourism board. You can watch that on YouTube here.

This week, I wanted to share the story that goes with it.

The written post takes a different approach, counting down the Top 10 reasons you'd want to head to Bentonville. While the gist of it is a relocation/recruitment effort, I left it vague enough that it works as a vacation piece, too.

Here are a few takeaways for both brands and destinations:

And, you know, if you're looking for a killer adventure/travel/cycling story on your area or brand, hit me up. I have an audience for that... 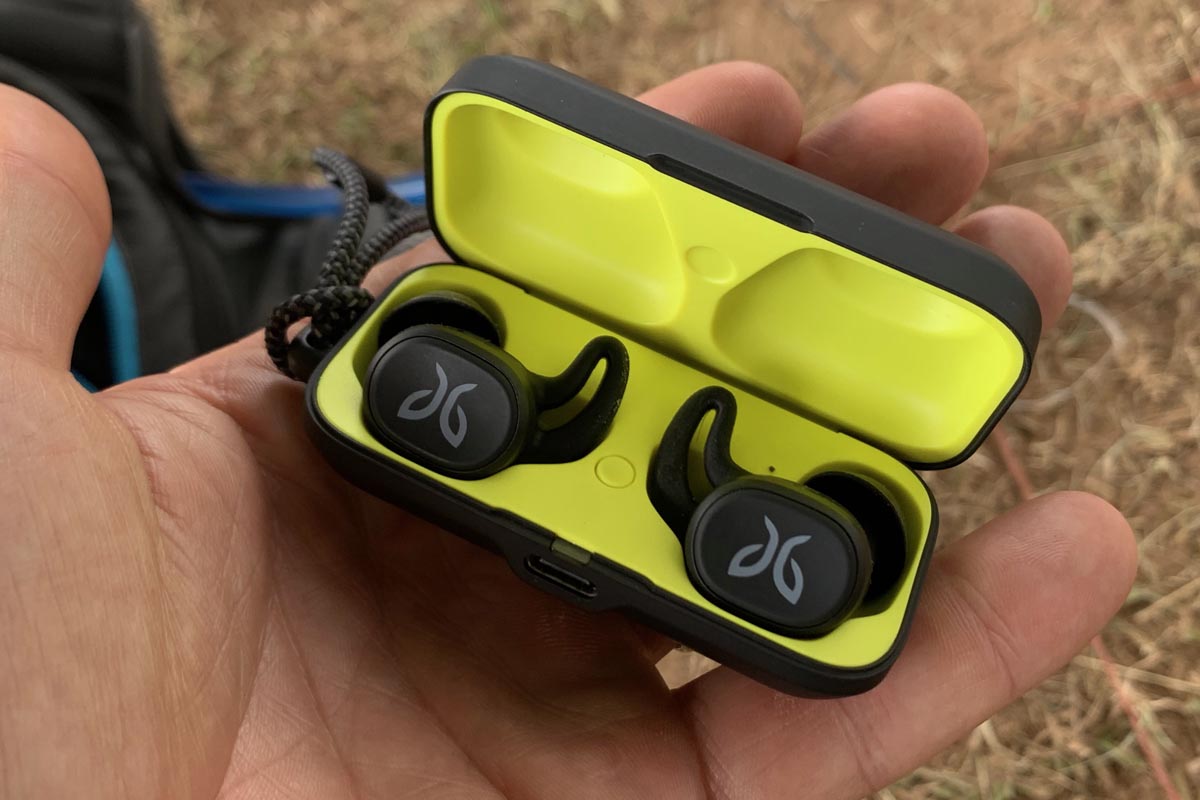 This week, it's just one thing, but I really love these things!

Jaybird's Vista wireless earbuds are small, ultralight, and work great during exercise. I've been able to take a call even while riding, and three different ear "wings" customize the fit so they won't fall out even during hard, bouncy, parkour-y efforts.

The left and right are completely independent, so I can use just one at a time if I want to keep one ear open...like when I'm cycling. Even with the wind blowing past at 20mph, the sound quality is solid, and clear enough to listen to podcasts without jacking the volume up.

They're also great for Zoom calls, so there's no headphone cable yanking my laptop almost off my desk when I recline in my chair!

Their case packs a battery to recharge them between sessions, giving them seemingly endless battery life. They're way more stealthy than Air Pods, and they're a lot more affordable, too (plus, they're $30 off through Feb 13!).

PS - If you like this, please forward it to a friend... Thanks!