A Bunch of Random Ideas

Thanks for joining me this week. I'm slowly counting down to the end of university, and I've had to sit myself down and ask myself what I really want to do after I've graduated from law school. The obvious answer is to carry on the tracked path, and get called to the bar, but I'm seriously considering a startup after having mapped out some of the risks involved. I'll let you know what happens.

Interesting Articles on the Web

Sam Altman: I've heard of him, mostly when his brilliance and uniqueness is mentioned by Paul Graham in one of his essays. But this is the first article I've seen that really does a deep dive into the fascinating character that is Altman. Totally worth reading this New Yorker piece from 2016 to understand how someone can head drop out from school to found his own startup, take over YCombinator, and now run OpenAI, which is one of the leading research and development companies in the artificial intelligence space.

Write Simply: Speaking of Paul Graham, he recently wrote another piece on how we can improve our writing by opting for simpler words. It always amazes me how he has such insight and mastery when he has spent more time with code than words. If you write on a daily basis (which is just about everyone), you'll benefit from taking two minutes to read this article.

The Greatest Show on Earth: Morgan Housel makes another appearance here on the importance of learning from diverse fields. I'll leave you to read the article by yourself, but the essence can be captured in one paragraph:

"Investor Patrick O’Shaughnessy has a book club. An email he sent to his readers a few years ago began: “Consistent with my growing belief that it is more productive to read around one’s field than in one’s field, there are no investing books on this list.”"

An Idea I've Been Playing With

ICYMI, I started a Twitter thread where I post weekly updates on the most important mental model I've used in the past week. What has become apparent to me is that some mental models are far easier to apply than others, and each update helps me understand how clear my thinking has been. You might wish to do the same. 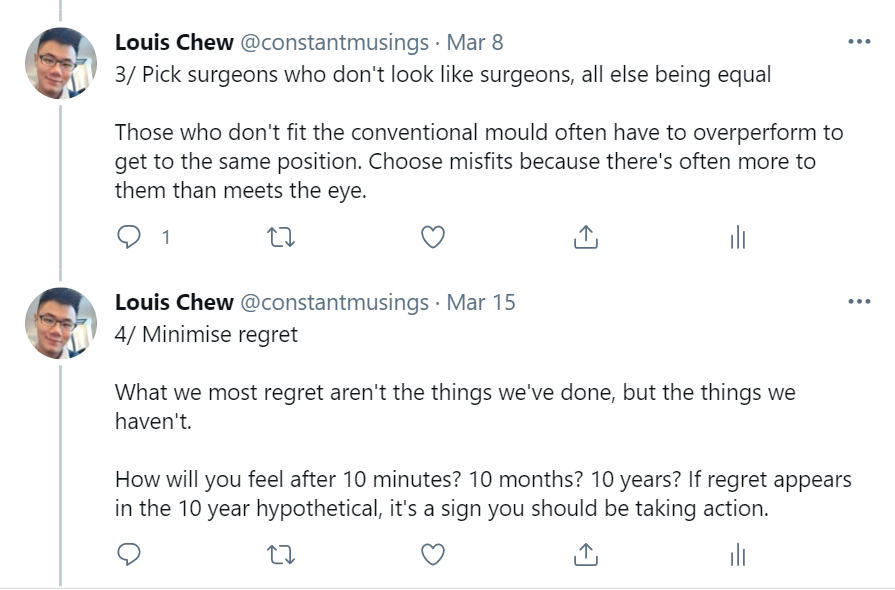 As usual, let me know what you think.

I explore unconventional ideas related to the human psyche. You'll want to come along on the ride. Get my best essays and the most interesting articles I've read delivered to your inbox.