Beware The Journey of Optimisation

Thanks for joining me this week. For those of you who've lost track of time like me, it's already March, so it's probably a good time to start reflecting on whether you need to double down or ease up on your goals. For myself, it's my last semester in law school, so I'll be dedicating more time towards school but you can be sure I'll be turning my attention to writing new articles (and re-writing some old ones) once term ends.

Now on to what you came for.

Interesting Articles on the Web

Hustle Traps: I've thought about a future where I can sit at home and create for my audience instead of working 80 hour weeks. The idea is to avoid the rat race and do what I love, but I think that's just walking into one of the hustle traps that Paul Millerd describes here. It's worth reading whether or not you aspire to be an independent creator.

The Microwave Economy: Lots of things around us have been commoditised, from architecture, to furniture, and even food. Maybe it's time to consider what this is doing to us. Here's a snippet from David Perell:

"When our things break, we are more likely to throw them away instead of finding the joy in repairing them. And then I think about how microwave meals reflect the world we’re moving towards: one that aims to distill the complexities of human nutrition into a scalable scientific formula, with lab-created foods that can be consumed in seconds, and where the negative externalities are unrecognized and unaccounted for."

Proxy Indicators: It's difficult to measure certain things, so we use proxy indicators instead. But proxies sometimes lie, which is why you need to be careful of what you're chasing. Wise words once again from Seth.

The Browser: This isn't an article per se, but you'll definitely want to check it out if you like interesting ideas. The folks over at the Browser read a lot and they share the 5 most interesting things they've read everyday. If you have an appetite for learning, but can't quite figure out what to read, you'll want to give them a try.

An Idea I've Been Playing With 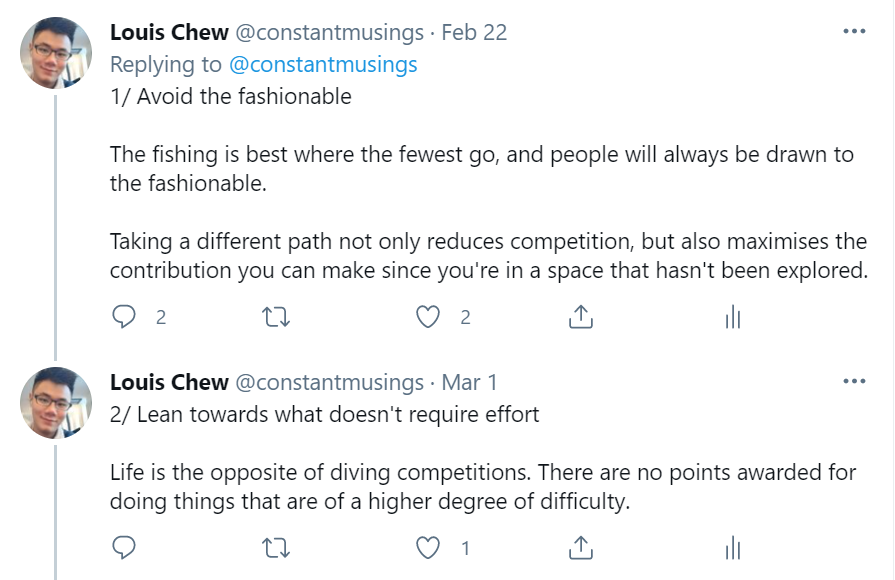 Two weeks ago, I decided that I'll writing the mental model I've used (instead of just reading about) the most in a given week. If you want to see if it's something that applies to you as well, jump on this Twitter thread and follow me.

This newsletter is sponsored by Noom, the world's leading behavior change company. By combining the power of artificial intelligence, mobile tech, and psychology with the empathy of over 1,000 personal coaches, Noom helps people live healthier lives by changing their long-term habits. Check them out if you have a long term goal that you've always wanted to achieve, but never got around to.

As usual, let me know what you think.

I explore unconventional ideas related to the human psyche. You'll want to come along on the ride. Get my best essays and the most interesting articles I've read delivered to your inbox.