My latest journal entry is up on the website, and, as usual, you're getting it directly in your inbox.

This one wasn't an easy one to write.

I hope there's a lesson in it for you.

I'm not quite 18 when I travel from Olney, Maryland to Tempe, Arizona to start my freshman year at Arizona State University. Based entirely on my SAT scores (my high school GPA was underwhelming), I am admitted to the Honors College.

In those days, the Honors College had small classrooms and a dormitory in the center of campus. I elected not to live there, as I was not interested in sharing a cramped suite with three other young men. But I had made friends there, and I spent a fair amount of time there that first semester. Evenings were filled with study and socialization, with activities ranging from impromptu political campaigning for the Presidential election (Ross Perot was a particular favorite) to the discovery of a brilliant new television series on MTV called "Beavis and Butt-Head."

It was during one of those evenings that I met an extroverted Asian fellow (well, half-Asian; his mother was Korean). I naturally assumed he was a student at the college (I mean, Asians are all honors students, right?)

"No. I'm just here with a few friends. My dad's not the Asian one, so I didn't have that kind of pressure."

I don't really recall how or why we started hanging out after that. At some point, it occurred to both of us that we wanted someone to work out with at the gym, so we just started going. Then we realized we both rode motorcycles, so that's what we did on the weekends - mostly cruising Mill Avenue picking up chicks.

His name was Jim Welch. He was my best friend for nine years.

I didn't finish college. Neither did Jim. I met a girl while I was in college (so did Jim). It didn't last (neither did Jim's). I hustled my way out of poverty (so did Jim). By our mid-20's, things had settled down. We both had good jobs, new cars, and were doing about as well as you could expect for pair of clowns whose college highlights included getting arrested for illegal rollerblading on campus and collecting speeding tickets for drag racing through Sky Harbor Airport.

(Truth is, I was the only one arrested for the rollerblading - because Jim was too fast for them to catch. And I had more speeding tickets... because Jim usually just outran the police. That's kind of how it was; Jim was just a little bit better at everything.)

He had more friends than I could keep track of. He'd invite me to parties where he'd know everyone, and I'd know almost no one. It didn't seem to matter. He was the one I called when shit went sideways for me in Tucson and I needed to get back to Phoenix. And I was the one he called when he got kicked out of the house by his dad, who was divorcing his mother. He was the rare sort of friend who would help you get rid of a body, but wasn't quite stupid enough to get in that much trouble in the first place.

It was nice. Like having a brother your own age that didn't live 1,000 miles away. The kind of friendship where you figure someday your kids are going to end up being friends, because you're still going to be hanging out 15 years later.

I don't remember the exact date. It was at an intramural softball game. Jim just collapsed in the middle of the field. As he told me later, he remembered waking up in the ambulance, getting defibrillated. Doctors at the E.R. asked him if he had a drug or drinking problem. He was otherwise fit, and they couldn't figure why a 25 year old would suddenly drop nearly dead from a heart attack. They started testing for congenital defects.

What they found was worse.

They told me it was called Primary Cardiac Angiosarcoma. It was like winning the lottery for rare and terrible cancers. What it meant was that he had a tumor the size of a baseball on the wall of his heart. They'd have to remove as much of it as they could surgically, then hit him with chemo and radiation, because it would almost certainly enjoy a healthy blood supply and grow and spread quickly.

So, they cracked his ribcage open and cut out as much as they could. Recovery was long and arduous, because healing from open heart surgery while you're getting poisoned and irradiated sucks. It was months.

I visited him every day after work, and every weekend. His mother was the only one to see him as frequently during that time. His dad never did; he'd run off to somewhere in the Pacific Northwest to be with another woman.

By early 2000, he was finally ready to leave the hospital. He wasn't quite done, but he'd earned a break. I remember the day vividly. My wife asked me before I left for work if I'd be going to see him again. "Yes, he's getting out this evening. Cody and I are taking him to dinner." Cody was another friend of ours from the ASU days.

While we were at dinner, she called me on my cell phone to ask if I was still out with him. I told her I was.

It was exactly the right response.

At the time, I was devastated. Angry. How could she? Was she mad I wasn't spending enough time with her because I was helping my friend get through cancer?

It wasn't really that. She had far bigger demons to deal with, and I was nowhere near equipped to help her with them. In my rage, I cursed her, and told people that her reckless and stupid behavior would end up leaving her dead by 40.

She died a few years ago at 41 and I felt pretty shitty about that.

Karma eventually settled that debt for me. It took me a while to come to terms with that, but it made the hell that was my second marriage a little easier to accept.

But that is another story, for a much later time.

It was a few months of "normal" before Jim had to go back for more surgery. He'd been referred to a specialist at Cedars Sinai who wanted one more open-heart operation to remove the last of the cancer and repair the damage to his heart. Another round of chemo after that, and he should be in remission.

We traveled to L.A. a few days ahead of the surgery to take in the sights before he went under the knife. I remember renting a convertible and driving all over with the top down. The Real Slim Shady was on every radio station. I nearly barfed on the Goliath rollercoaster at Six Flags. We had booze and cigars on the beach at sunset.

The surgery went well. Chemo was handled at the hospital back in Phoenix as soon as he was healthy enough to travel back. And then, remission. Life could move on.

The problem with a year long fight with cancer is that it's tough to go back to your old job. Jim was in sales, and all of his accounts had been passed along to other reps. He'd have to start all over, and if he was going to do that, he might as well see if he could find a better gig.

He did. It was in Denver. He moved, and started a new life there.

I remained in Phoenix. It was a dark time.

The cancer was back. He was going to be in a hospital in Denver.

I couldn't be there for him on a daily basis this time - I had a job in Phoenix, and remote work wasn't a thing back in those days.

The thing is, I never even went to Denver.

I just couldn't bring myself to do it.

Like maybe if I didn't see my friend in the hospital again, I wouldn't have to deal with it. I was trying to restart my own life. I was in a long-distance relationship with a woman that I was sure was the one. I wanted to make that work. I didn't want to go through 1999 again.

I made lots of excuses.

I regret every one of them.

But not as much as the mistake I made on June 21.

Jim was coming back to Phoenix.

The cancer was bad. It was in his spine now. Nothing was working to slow it down. He was bloated and almost unrecognizable from the steroids they were pumping him with.

He called me the afternoon of June 21 to tell me he was on his way back. He was in pain. I can still hear it in his voice. I told him I would try to come out to his place tomorrow to see him - it was a Thursday. I was working late. I had to work early the next day. I'd head out as soon as I could leave the office.

He died early in the morning of June 22.

That was twenty years ago today.

I have not gotten over it.

I have not forgiven myself for it.

I saw his mother later that day. She wailed and cried and asked why I hadn't come to see him.

I did not have an answer for her.

I'm not writing this out of some need to process it.

I have processed it entirely over the last two decades. It remains a defining moment that I spent years wallowing in. Once I'd wasted a decade or so doing that, I decided to spend the rest of my life fighting it, just to make sure it never happens again.

Regret is a motherfucker, especially once people are dead and gone. There's no repairing the damage done. You're forever branded by it.

I'm writing this because, maybe, someone will avoid this mistake upon reading this.

And I'm writing because James Welch deserves to be remembered. Even if it's just by his lousy best friend. 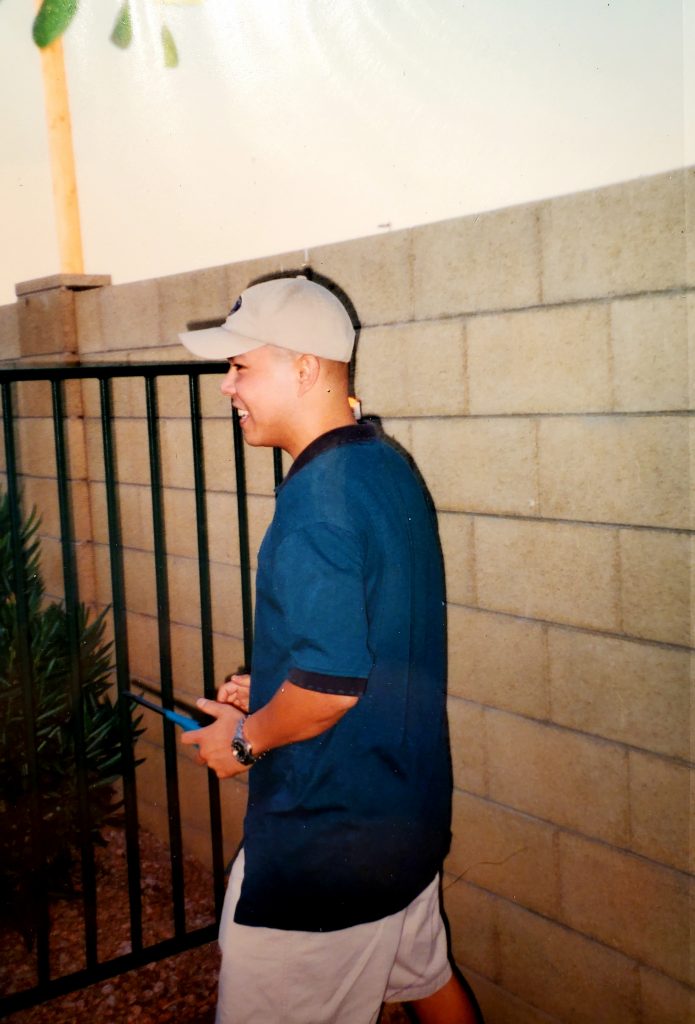 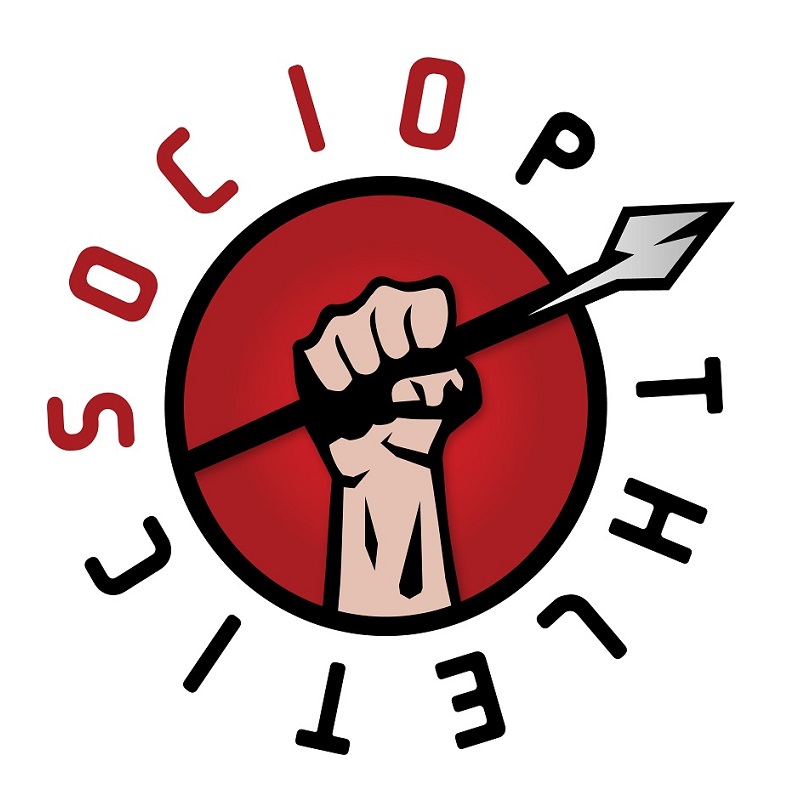 Get my BEST articles delivered to your inbox.

Get my BEST articles and updates delivered to your inbox. Join my email list and get my favorite content regularly. You'll also have my personal e-mail address. Contact me anytime. Unsubscribe anytime.