The Cook Up 007: Steve Jobs Secrets of Life

Welcome to the Cook Up, a weekly newsletter full of interesting reads for curious, intelligent people who want to sharpen their minds

This newsletter is packed with ideas that will change how you look at the world!

Hit reply and tell me what you liked, or disliked.

The Strength of Being Misunderstood

“You should trade being short-term low-status for being long-term high-status, which most people seem unwilling to do. A common way this happens is by eventually being right about an important but deeply non-consensus bet.

But there are lots of other ways–the key observation is that as long as you are right, being misunderstood by most people is a strength not a weakness. You and a small group of rebels get the space to solve an important problem that might otherwise not get solved.” 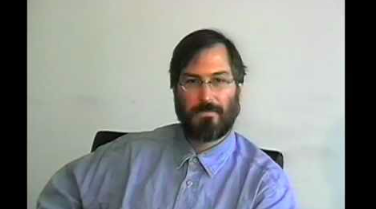 The Psychology of Fact-Checking

“Distortions and outright lies by politicians and pundits have become so common that major news outlets like the Associated Press, CNN, BBC, Fox News, and Washington Post routinely assign journalists and fact-checkers to verify claims made during stump speeches and press briefings. The motivation to uncover falsehoods and misleading statements taken out of context is laudable.”

“Author, podcaster, and entrepreneur Paul Jarvis spent years building his email newsletter, writing books, and making courses. His career was the dream end state for many of those in the “creative economy.” There was “passive income,” a published book, and a portfolio of diverse revenue streams.

But earlier this year, he did something drastic. He threw it all away. His newsletter that he sent each and every Sunday? Gone. His decade of articles on his blog? Poof. SEO suicide.”

“I used to have a personal brand, and now I don't.”

10 free online classes from Harvard to learn something new

“While a year's tuition at Harvard University will set you back nearly $50,000 (and that’s before room, board, and fees tack on another $20K), there’s a much cheaper option that doesn’t involve braving Massachusetts winters, or having to be admitted to the prestigious university at all.”

“Proven networking email templates and networking emails to help you grow your network and accelerate your career. Made for every networking situation, including follow up emails, thank you notes, and informational interviews.”

FutureMe: Write a Letter to your Future Self

“Write a letter to the future: set goals for yourself, make a prediction about the world. Envision the future, and then make it happen.”

Quote of the Week

If you enjoy reading the Cook Up, I'd love it if you shared it with a friend or two. You can send them here to sign up. I want to make it one of the best emails you get each week.

Also, if you come across anything interesting this week, send it my way! I love finding new things to read through members of this newsletter.

Interesting Reads Delivered to Your Inbox

A curated newsletter with interesting reads, tools & learning resources sent out weekly to make you smarter.

For curious, intelligent people who want to sharpen their minds.