Hope you and yours are keeping safe.

I'm back again with the most thought-provoking articles I've read in the week. (in case you missed my previous newsletter, you can find it here).

This week, a new blog post about Lean Startups. Mega-funding rounds have gone up in the last few years - some startups have Unicorn valuations at launch! So, it's legitimate to ask: Is the Lean Startup dead?

Next, we talk about the phase-shift in tech companies, as the Internet matures. For the first time ever, the Internet is becoming zero-sum. What does that mean for startups?

Third, Bill Gates on how COVID-19 will play out. A must read.

And last, a sophisticated virus of another kind. Reads like a thriller, this one.

Is the Lean Startup dead?

If there's any ideology that's gone from radical idea to article of faith in less than a decade, it's "Lean Startup".

When the idea first came up in the early 2000s, it took the world by storm. A simple idea. That generated so much momentum for a startup.

And by 2007, everyone could point to Facebook - or even better, Twitter - as proof that Lean Startup works. Facebook at least scaled with a consistent vision. Twitter was the original clown car that pivoted its way into a gold mine .

I'm a strong believer in starting up lean. It's how, in a past life, I iterated my consumer loyalty app to 200K users... with zero marketing dollars. Or how we launched a new lending segment at Indifi, and made it our top segment in 6 months.

I've also written about it scores of times.

So yes, Lean Startup works. And it is an article of faith. The word "lean" is almost redundant today. Of course a Startup has to be Lean. Of course you first build an MVP and test it with customers. Raise serious money only when you find product/market fit.

But then there's Quibi.

It then went on to raise another USD 750 million a year after that. Still a relaxed one year before launch.

If you haven't heard of Quibi, you'd be forgiven to think it was a rocket company to rival SpaceX. But no, Quibi is a mobile content platform (short for Quick Bites), which launched a month ago.

The antithesis of Lean Startup. Will it work? Is this how we've got to do it now?

Read on, in The Fat Startup Experiment on the blog.

2. Startups are going to get harder.

As the Internet matures, competition is becoming a zero-sum game for the first time.

As John Luttig says in When tailwinds vanish,

For the first time in Internet history, startup growth will require a push from the company and not a pull from the market. Unlike the organic pull that drove many of the dotcom-era successes, today’s Internet startups need to fight for growth by investing more heavily into sales, marketing, and operations.

How does a company like Boeing continue to grow its commercial airplane business? Sure, there’s nominal annual growth in demand for airplanes, but the primary growth vectors are zero sum: stealing market share from Airbus, or acquiring smaller manufacturers. This will increasingly happen between Internet companies.

As the Internet growth tailwinds subside, what’s left? Harder problems. Today, startups tend to focus on problem spaces where there is higher operational and go-to-market complexity.

It's only a slight coincidence that the modern Industrial Revolution started when growth became positive-sum for the first time.

As Yuval Noah Harari says in Sapiens: A Brief History of Humankind, the last 500 years of exponential growth started when, for the first time in the history of our civilizations, we started growing the pie. Instead of just dividing it. 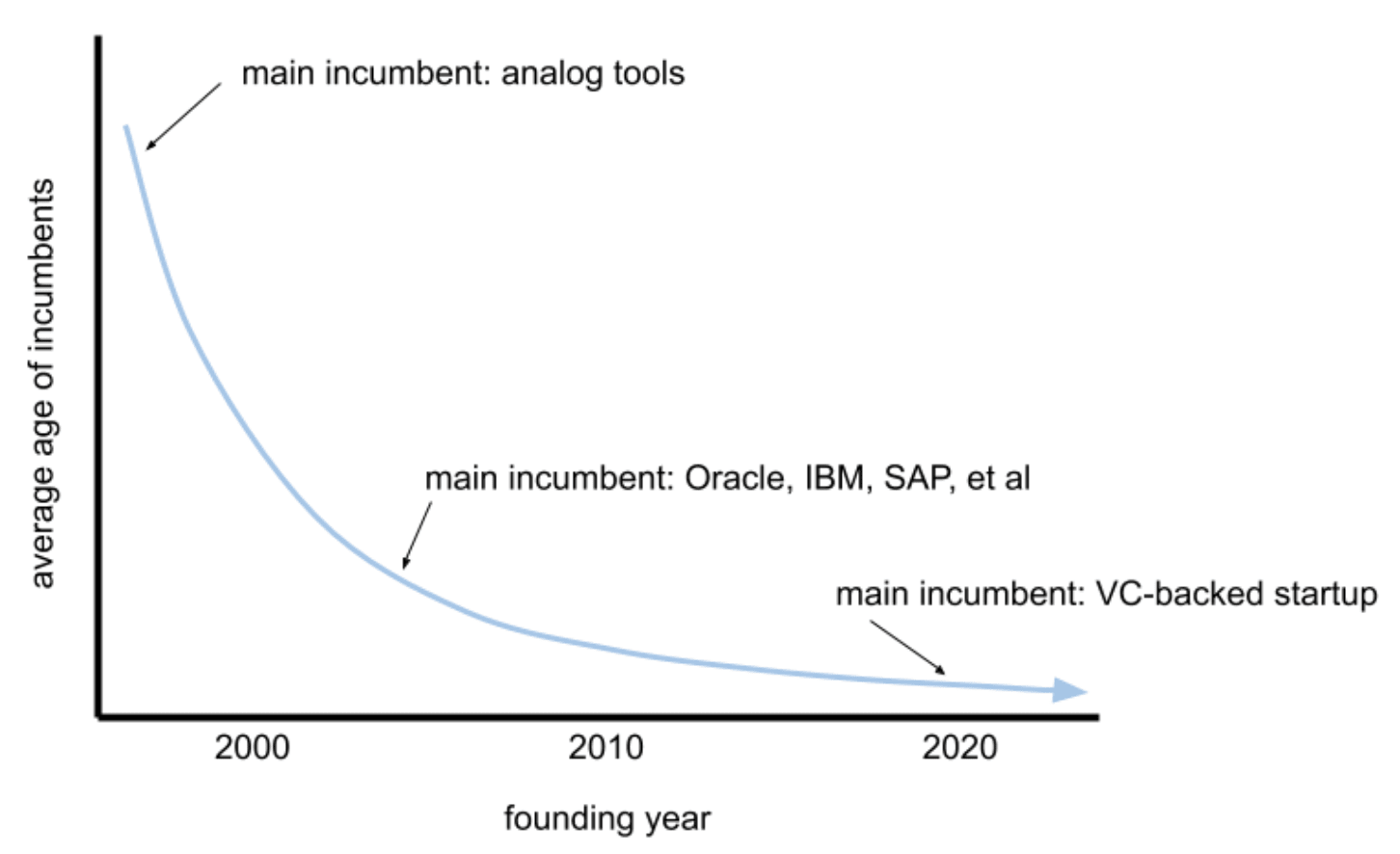 As Luttig asks, if you had an extra million dollars for your startup, where would you spend it?

Yesterday's startups spent this money in R&D. Today's startups have no doubt - they'd spend it in local ops, supply acquisition, or consumer growth.

SG&A is all about spending the marketing dollars to capture a consumer (or operational dollars to keep one) before your competitor does.

I'm more hopeful than Luttig though. There are still some positive sum games out there.

Bill Gates has written a balanced, rational account of the COVID-19 crisis. It's not alarmist, it's not bleak, but it's also not irrationally optimistic.

He speaks about all the things we still don't understand about the virus (despite what the talking heads on TV say we know for sure). And how we're trying to find out.

If there's anyone we'd want on our side to fight a global pandemic, it's Bill Gates. He'd be the first draft pick. It's not even close.

So, it's comforting that his Foundation has channeled 100% of its focus and funding on getting through this current crisis. Whether it's investment in treatments, in vaccines, or in increasing testing capacity in the developing world. Or research into how we open up post-quarantine in a safe and sustainable way.

To end, he says "No one who lives through Pandemic I will ever forget it".

4. And to end, a sophisticated virus of another kind.

Stuxnet - the most sophisticated software ever written.

In this entertaining account, John Byrd talks about how ingenious the Stuxnet virus was.

Using five independent security bugs in Windows that no one knew existed. Stealing digital signatures from the most secure locations in multiple Taiwanese companies. Wrecking machines in complete invisibility.

Scary how much firepower the coders put into one virus, created with one specific goal - cripple Iran's nuclear program. Reads like a movie thriller.

I'd always believed the Rule of Three, first stated in Harry Potter and the Methods of Rationality (Chapter 24).

Father had told Draco about the Rule of Three, which was that any plot which required more than three different things to happen would never work in real life.

Father had further explained that since only a fool would attempt a plot that was as complicated as possible, the real limit was two.

In "fat startup" style, the coders of Stuxnet chained together not three, not four, but at least 10 unique steps to succeed in their plot. And it worked!

That's it for this week! Hope you liked the articles. Drop me a line (just hit reply or click on the "Leave a comment" button) and let me know what you think.

PS. Huge shout out to Roam, which is the most phenomenal note-taking tool ever. It's like a second, better brain. It's how I write a 1500+ word newsletter in 3 hours every week. Give it a spin, and drop me a line if you have any questions. I'm a Roam evangelist 😊.