Taking tickets from the judge and the Power Brief

The judge took my tickets.

They weren't my tickets. They were my wife's. One of the court clerks, with whom I have participated in the community theater, had asked me to be part of a fundraiser murder/mystery dinner next month. My wife decided she would take my oldest daughter to the dinner and try to solve the mystery. My wife gave the clerk money for tickets. The clerk told me to come and pick them up. When I went by, the clerk had gone to lunch. Later, I tried to pick up the tickets during a break in court proceedings but the clerk was in a meeting. She gave the tickets to a second clerk to pass on to me in court. That clerk passed them on to a third clerk saying to give the tickets to the judge from the first clerk. I didn't get the tickets--and I didn't know that they had ended up with the judge. I only found out about the mix up later. The judge called the first clerk to thank her for the tickets, and the first clerk said, "What tickets?" Fortunately, the judge elected not to hold the clerk in contempt and I received the tickets from the clerk a couple days later.

Is this the same sort of thing that happens in rom-com books and movies or thrillers that send an unsuspecting person on an exciting adventure? I guess it can actually happen.

I finally finished writing chapter 27 of Truth in Flames. It's my favorite chapter in the book. I won't spoil anything by gushing about it here--except to say that the chapter is the soul of the book for me, and most of the chapter is purely historical. Only about two chapters, maybe three, to complete the book The thrilling conclusion has arrived.

There's something about this picture I took last month near Moab that makes me imagine a night sky, even though it was taken in the middle of the day. 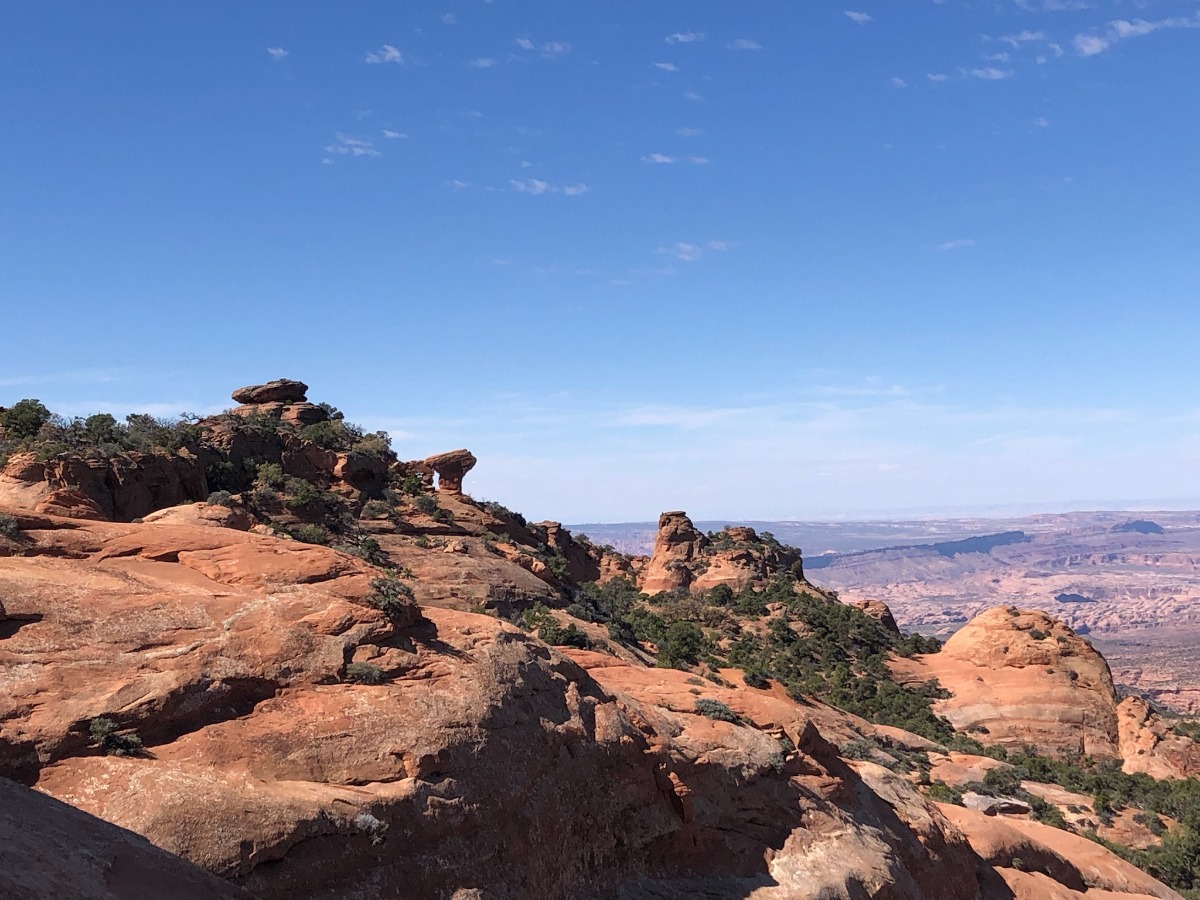 The free books and the speech points are farther down. I wanted to share this first:

There were 41 pages of anagrams for my name. Here are a few of my favorites:

I think some of them would make nice tag lines. Send me a note with your favorite, and the favorite from your own name. I was thinking that "He Newly Relates" and "Easy Teller When" were appropriate writer tags, but I am intrigued by the possibilities in some of the others. "Else Eternal Why" seems pretty deep to me, and I wonder if "Else Lawyer Then" was a subtle hint that I would have no marketable skills.

Of course I have some free books to point you toward: Here's the October Fantasy Give-Away

You may recall that I was sharing some notes about making speeches. I touched on the Power Pause, the Power Point, and the Power Opening.

Today I'm looking at the Power Brief--a short statement than can replace a speech. Terse is better than tedious. Brief is better. Short is sharper. Look for the moment when the Power Brief can trigger your audience to laughter or make your point large, and leave on that triumphant note.(See pages 35-42 of Speak Like Churchill Stand Like Lincoln by James C. Humes).

I note that many speakers will continue wasting oxygen long after they've hit the powerful moment. The longer they talk after that point, the more remote and less memorable that moment becomes.