No injuries here or in the murder mystery

I didn't injure anyone this week. That's got to be a good thing, right? I did have another visit to the eye doctor--but no torture sufficient to merit a paragraph or two in the newsletter. The highlight may have been the murder mystery dinner in which I played a U.S. Marshal and, among other things, read the clues etc. with great aplomb (and assorted fruits of a lesser nature). Have you ever participated in one of those?

Editing continues on Truth in Flames. I hope to have it out by the end of the month, but I suspect it will be December before you can download this fifth book in the Tomahawks and Dragon Fire Series. For those of you on my Skirmish team, that's a hint to finish up so I can polish the book for publication.

In preparation for writing book 6 in the series, I've added Victory or Death: The Battles of Trenton and Princeton by Mark Maloy to my reading list. I recently completed Fritz Leiber's Swords against Deviltry and Swords against Death, the first two books in the Fafhrd and Gray Mouser Series. They were contained in a single volume, although I hadn't realized it was two books when I picked it up. I have to say that I was disappointed. Perhaps the later episodes are better. I would suggest D.J. Butler's In the Palace of Shadow and Joy as a better alternative.

But wait, there's more. I also finished Time for the Stars by Robert Heinlein. It's not a long book, but it is slow. About two-thirds of the way through, it got interesting. Let me rephrase. It was interesting all the way through, but in no way was there really any excitement, and not much tension, until about two-thirds through. There was some brief action and a wind down to the end. I can't recommend it. I would instead recommend Patrick Chiles' Frontier as a better read.

If you've ever puzzled over how the telling of a skirmish in ancient ruins on Barsoom might go if told by a low-talent Homer impersonator, I have the resolution to your wonder.

I set up this little fantasy giveaway promotion: This isn't a big list, but you'll want to give these books a look if fantasy or adventure interests you.

These giveaways in the brave new worlds category are still available. Wander over and peruse. 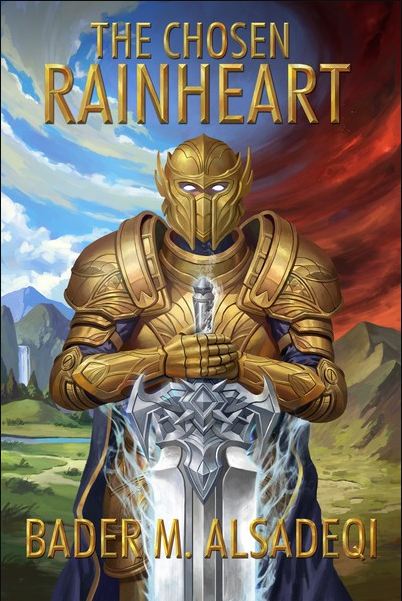 In the magical rich world of Daedalus, there is a dark and immutable cycle fueled by the everyday evils practiced by the Humans, Elves, Beastfolk, and all races who inhabit the continents of the mortal world, due to an irreversible curse that will unknowingly and forever be passed on to their descendants, just as they had inherited it from their ancestors. Eventually, when the cycle comes full circle once more, the world will be reminded of the necessary punishment it shall suffer once again, bringing fire, decay, and death across the globe.

This is the story of Aurum Rainheart, a half-breed nobleman first tasked by the young queen of his homeland to personally request aid from an allied kingdom, after the queen’s fiancé was forced to flee with many of his people from their province, where an unholy plague was unleashed by dark forces. But this is merely a prelude to something far greater than anyone could imagine...