Don't get me wrong; dentists are setup to deliver serious doses of discomfort, but they don't have a monopoly on torture for hire. I recently made a visit to an establishment completely authorized by law. The practitioner of the art in question is highly educated and duly licensed. In fact, he is my favorite practitioner of this particular dark art. I've known him for many years.

The ordeal opened with one his assistants grilling me, startling me with blasts of air, taking me to a darkened chamber, covering one eye and then another while asking me if there were five lights or four I could read. When she had softened my will to resist, she left me to contemplate my predicament until the practitioner himself came in. He began with light questioning and reminiscing of old times and current conditions. This was the good cop phase. He made an abrupt change to bad cop when he folded one my eyelids backwards. He followed up with a series of passes against one eye with a light which possessed the radiance of a thousand white-hot suns. He passed me back to the assistant for more application of low-level discomfort involving weird machines and more bright lights. Throughout the course of the trial, she asked, "Are you tired of me yet?" I can still hear her giggling in my nightmares.

At last, after a return to the dark chamber where the practitioner resumed more of the retinal branding, he had me insert foreign substances into my own eyes. He invited two assistants to drag me from the chamber. The two assistants confirmed that I was a completely broken man with no will to live, and released me back into the natural habitat.

I've finished Robert McDonald's American Revolution: The War for Independence & the Birth of the United States. I listened to it as an audio book via the Chirp app. It's actually a series of lectures by the author. The lectures go through the conditions and events leading up to the revolution, the war itself, and the aftermath. Although I was disappointed that the war itself, especially the war in the South was not more detailed, I enjoyed each of the lectures tremendously, and highly recommend the book.

Budd for reviews of a couple of my books, as well as his expression of how much he is enjoying reading the Tomahawks and Dragon Fire series.

Michael for leaving a review of Threading the Rude Eye, and The Shrinking Zone

If you have posted a review anywhere of any of my books, let me know so that I can include you in the Honor Roll.

If you would like a free review copy of Threading the Rude Eye,

I'm currently working on the prequel. I'll let you know when it's available.

Let me invite you to check out Bruno Martin Soares' (click the title):

LAURA AND THE SHADOW KING 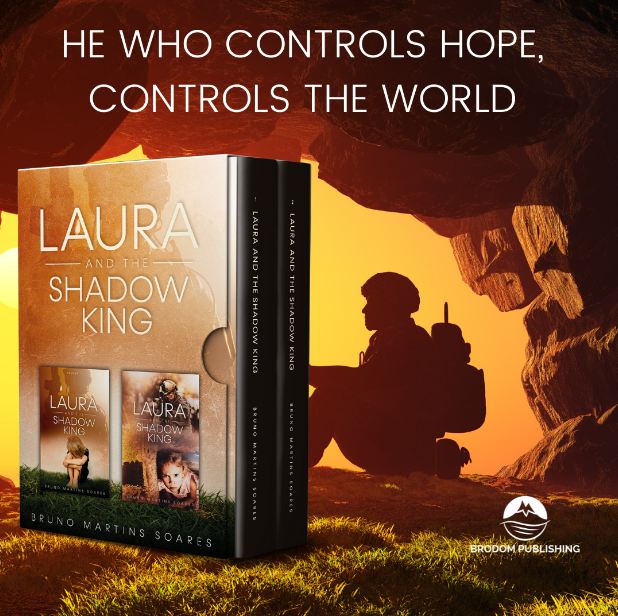 Humanity is dying. Much of the population is living in the wild like psychotic animals ravaged by a seemingly incurable disease. J.J. Berger and his Shadow Team are the defenders of the last remnants of Democracy, threatened by the sick and by the totalitarian forces in the East, wondering if theirs is a lost cause. On the Iberian southern plains, a flicker of hope sparks up, as a little girl and her mother flee their brutal captors towards the dim beacon of civilization still burning in the West.With this series, Bruno Martins Soares ventures into a post-apocalyptic world, where his action-filled breathtaking militaristic style rises to a different level, on the southern plains of Spain and Portugal.

Finally, something that is becoming a regular feature. Here is a link to a plethora of books that are available for the frugal with a taste for adventure fantasy:

You lose nothing by taking a quick browse of the available titles.