💸Capital continues to flow into crypto gaming…what does it mean? | Crypto GameBites Issue 8

PLUS: a deep dive on Star Atlas, a taxonomy of blockchain games, and more

Today’s issue is powered by PixelBeasts

If you signed up recently, you’ll recall that I promised each week’s edition on Wednesdays.

Sometimes I publish on Thursday, just to keep you on your toes.

JK — my schedule been all screwed up since my daughter was born 😅.

I’ll do my best to publish Wednesdays, but you might see me on the occasional Thursday instead.

Anyway, let’s get to it.

This week, you’ll see that money continues to pour into the Web3 game space.

You’ll hear from VC Nico Vereecke on what this means for the future of the space. Nico recently joined BITKRAFT Ventures to focus on investing in blockchain games and he was gracious enough to chat with me about it.

You’ll also hear twice from my favorite Web3 gaming analyst and writer, Ryan Foo, who explores the spectrum of blockchain games and gives us a great overview of Star Atlas, one of the most ambitious and anticipated blockchain games ever announced.

So without further ado…

ICYMI: Steam bans blockchain games from its platform (and why this matters)

One of the first people I connected with in the crypto gaming space is Nico Vereecke, host of my favorite gaming podcast, The Metacast.

He recently joined BITKRAFT Ventures to invest in blockchain games, so I conducted a brief Q&A with him via Telegram about his new role. We discuss his investment thesis, what all this new capital means for the space, and where he sees blockchain games going in the next year and beyond.

To call Star Atlas “the most ambitious blockchain game” is an understatement. It’s a spaced-based, open-world game that aims to be a “serverless massively multiplayer online game” and incorporates grand strategy, exploration, RPG elements, and space flight simulation.

It’s built on the Solana blockchain, which is fast as fuck, boyyyyy. At the time of this writing, Solana claims it can handle around 710,000 transactions per second, although it’s never actually exeeded 50,000 TPS. Either way, compare that to the roughly 30 TPS that Ethereum can handle 👀

But what makes Star Atlas really stand out is it’s one of THE BEST LOOKING GAMES I HAVE EVER SEEN, blockchain or not.

I’ve been wanting to write about it since I started this newsletter, but as you know, I’m smol brain and I felt like this project required a much bigger brain to deconstruct.

I found that big brain in Ryan Foo, who wrote about Star Atlas for Naavik’s Master the Meta newsletter.

Blockchain games currently exist on a spectrum — where will they end up?

Since the crypto gaming industry is still in its infancy, developers are integrating blockchain technology in different ways.

On one end of the spectrum, you have minimal integration, such as centralized games deploying NFTs. On the other, you have entire games built entirely on the blockchain.

⚾️Candy Digital, the company building Major League Baseball’s NFT ecosystem, is now valued at $1.5 BILLION after securing a $100 million Series A round co-led by Insight Partners and Softbank Vision Fund.

🖲Sipher, the company developing MOBA/metaverse game “World of Sipheria”, raised $68 million in a round led by Hashed, Arrington Capital and Konvoy Ventures.

📱GreenPark Sports, a “social sports gaming developer” raised a $31 million Series B round as it prepares for its first NFT drop.

🤖a16z led a $7.5 million seed round for OnChain Studios, which is building Cryptoys, a platform that combines elements of NFTs, gaming, and AI. a16z GP Arianna Simpson says to think of it as “Roblox meets NFTs meets Amazon Alexa.”

⚽️MonkeyBall, the team building a Solana-based NFT soccer game that claims to be a cross between “FIFA Street & Final Fantasy”, secured seed funding of $3 million.

The Loot community has updated the LootProject.com website to “help players make sense of this ever-expanding Lootverse.”

DraftKings has partnered with Polygon Studios, the NFT and gaming arm of the L2 Polygon network, to “accelerate the adoption of NFTs and Web 3.0”.

The devs behind Influence, a space strategy MMO, have announced their decision to launch the game on the StarkNet L2 scaling solution. 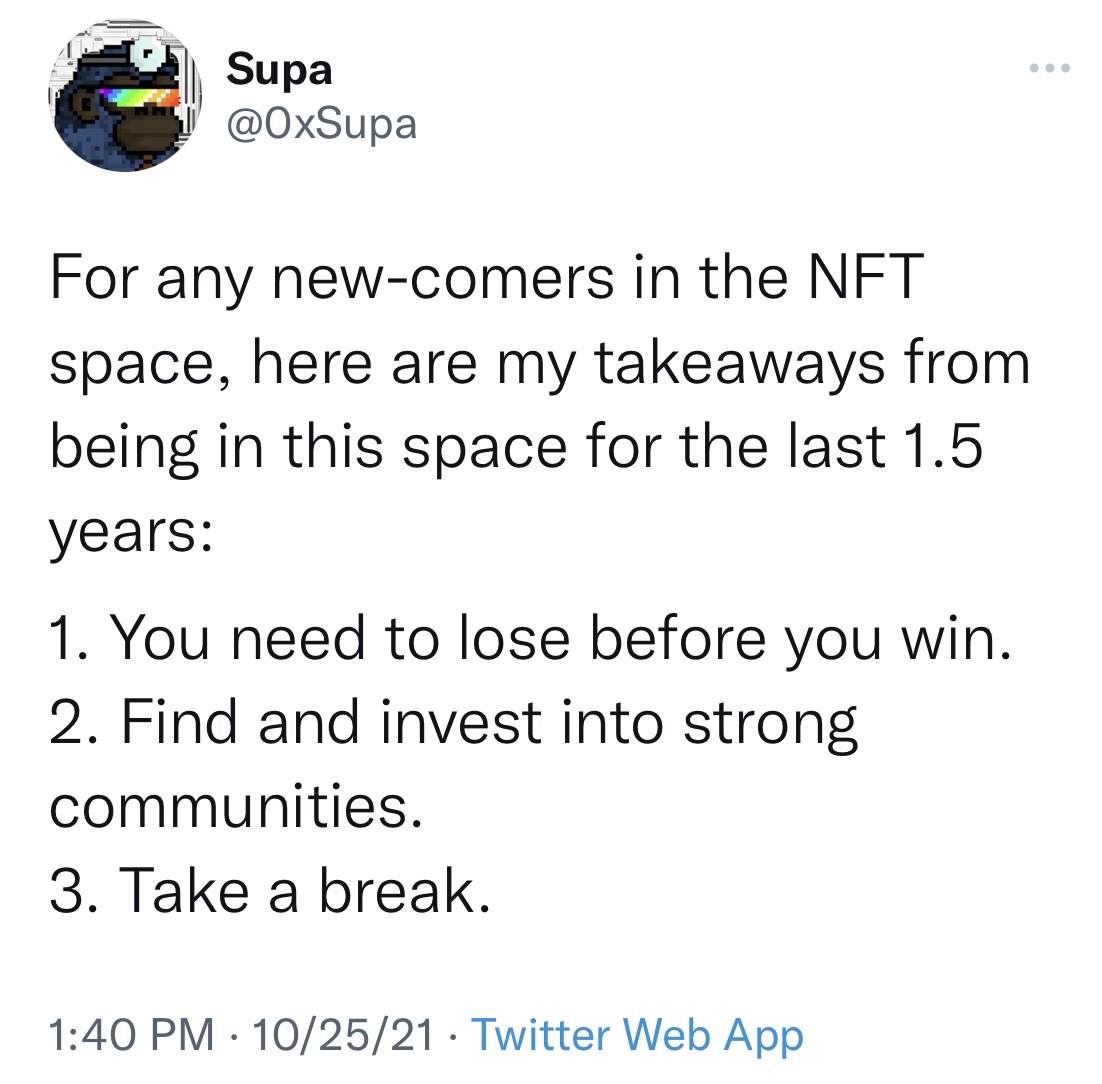 That’s it for this week!