Today’s issue is powered by PixelBeasts

I tweeted that it would go out on the weekend.

Well today’s Monday, which is most certainly not a weekend.

But nevertheless, here I am, back in your inbox with Issue 10 of Crypto GameBites.

But on Wednesday (or Thursday, if I’m being honest), you’ll get an interview I did with the developer of an upcoming NFT gaming project instead of a full newsletter.

PS -–  If you work in the game development industry or invest in companies who do, I have a special request of you at the end of this issue.

🦄Mythical Games Becomes a Unicorn with Latest Funding Round

I would usually include a story like this in VC Land & Money Talk section, but I figured it deserved its own little blurb today.

Mythical Games just raised a $150 million Series C round led by a16z, turning the company into a unicorn with a valuation of $1.25 billion. This investment round, which also included FTX and Binance, brings Mythical's total amount raised to more than $270 million.

Mythical Games plans to use the investment to not only grow their flagship game Blankos Block Party but also develop tools for the Mythical Games ecosystem.

What interests me the most about Mythical Games is their CEO's approach to blockchain tech (spoiler: he's not a crypto purist...and I kinda like that).

In this interview, he explains why he chose to build Blankos Block Party on their own private EVM-compatible sidechain and that his primary focus will always be to create fun games people love to play.

Even though crypto purists will scream blasphemy at his ideas, I think his emphasis on UX/UI will lead the way to a new paradigm where blockchain exists only as an enhancement for the gaming experience and not the focus of it.

Crypto unlocks a lot of things that couldn't exist before, such as true ownership of digital assets and the ability to earn, but the sole purpose of a game should remain the same: to be a fun and enjoyable experience.

His first project is a “sci-fi space saga” called Duskbreakers (which I first learned about from fellow RECESS DAO member @giaset ).

I’m really excited about this game, so I connected with Kevin on Twitter and will be sharing updates in upcoming newsletters.

For now, check out his Medium article about Metatheory and Duskbreakers.

Read the article on Metatheory and Duskbreakers

What would an issue of Crypto GameBites be without featuring something from my big brain buddy and preeminent blockchain game writer/philosopher Ryan Foo?

Check out his NFA on how to think about investing in play-to-earn games: 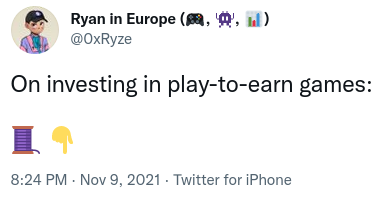 Gods Unchained releases new campaign called “Blessings of the Gods” to allow players to earn GODS tokens by playing and winning a minimum number of games each week.

Listen to the Interview 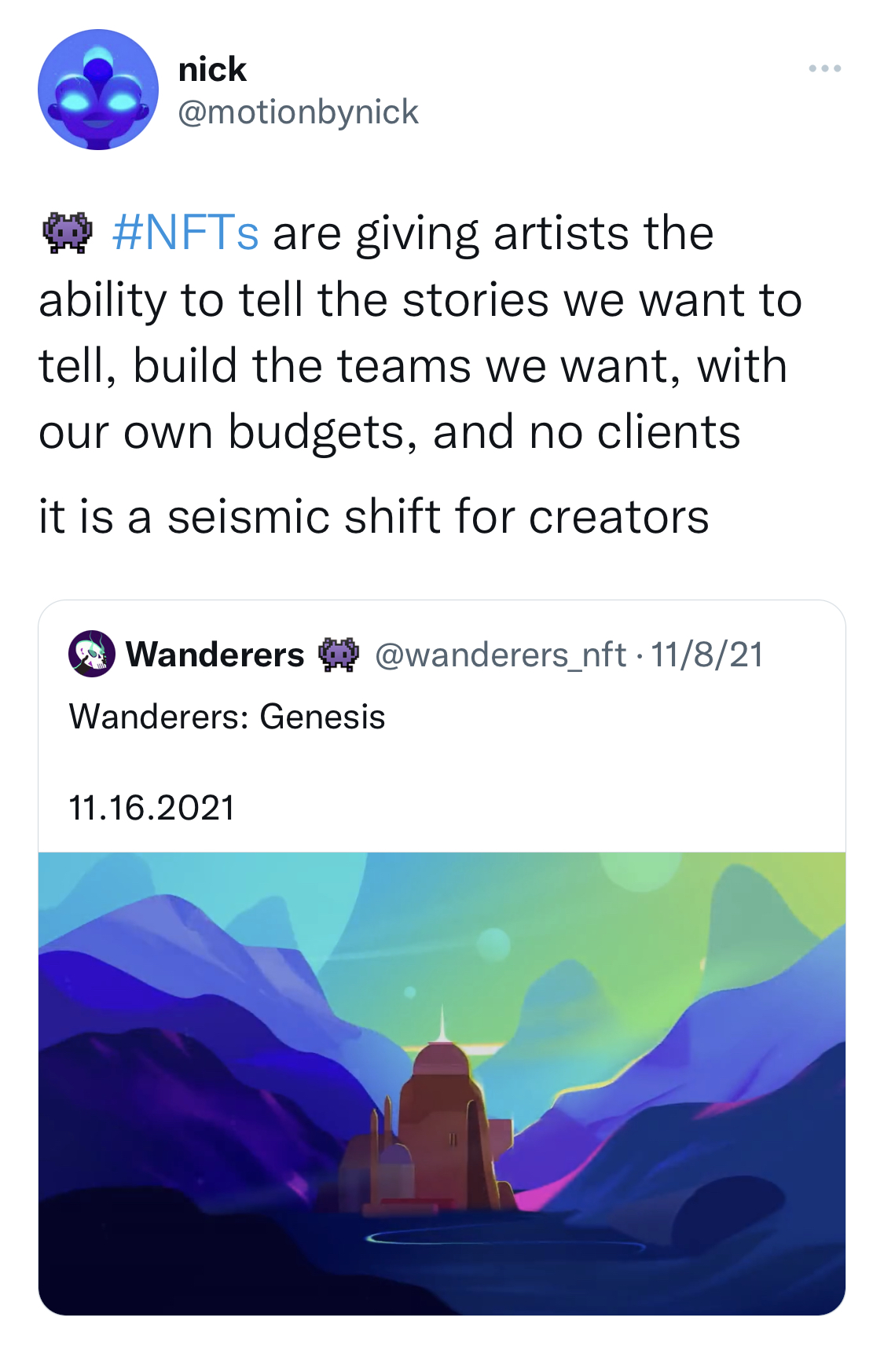 Special request for my readers actively working for or investing in game companies...

Since community is the core of crypto, I'd like to make a small request to help a Crypto GameBites subscriber who recently emailed me.

So if any of you are looking to work with (or just network with) someone with his skill set, please check him out!

Here's a Button to His Website to Make it Easier