Hey all! I'm sending out a quick blast to let you know that World's Worst Boyfriend is on sale for a couple of days!

You can grab the ebook for 99¢ OR you can grab the audiobook narrated by Blake Lockheart and Amanda Stribling for $2.99 from Chirp, Apple, or Barnes and Noble!

This is the first audiobook sale I've ever done, and I'm so excited to be able to make it more affordable. Because let me tell you. I LOVE audiobooks. LOVE 'em.

Are you an audiobook person? It took me a long time to get there. I was not an instant audiobook lover. But now? I have a hard time imagining trying to clean my house without having a story to listen to. 😂

Lots of love and awkward hugs, 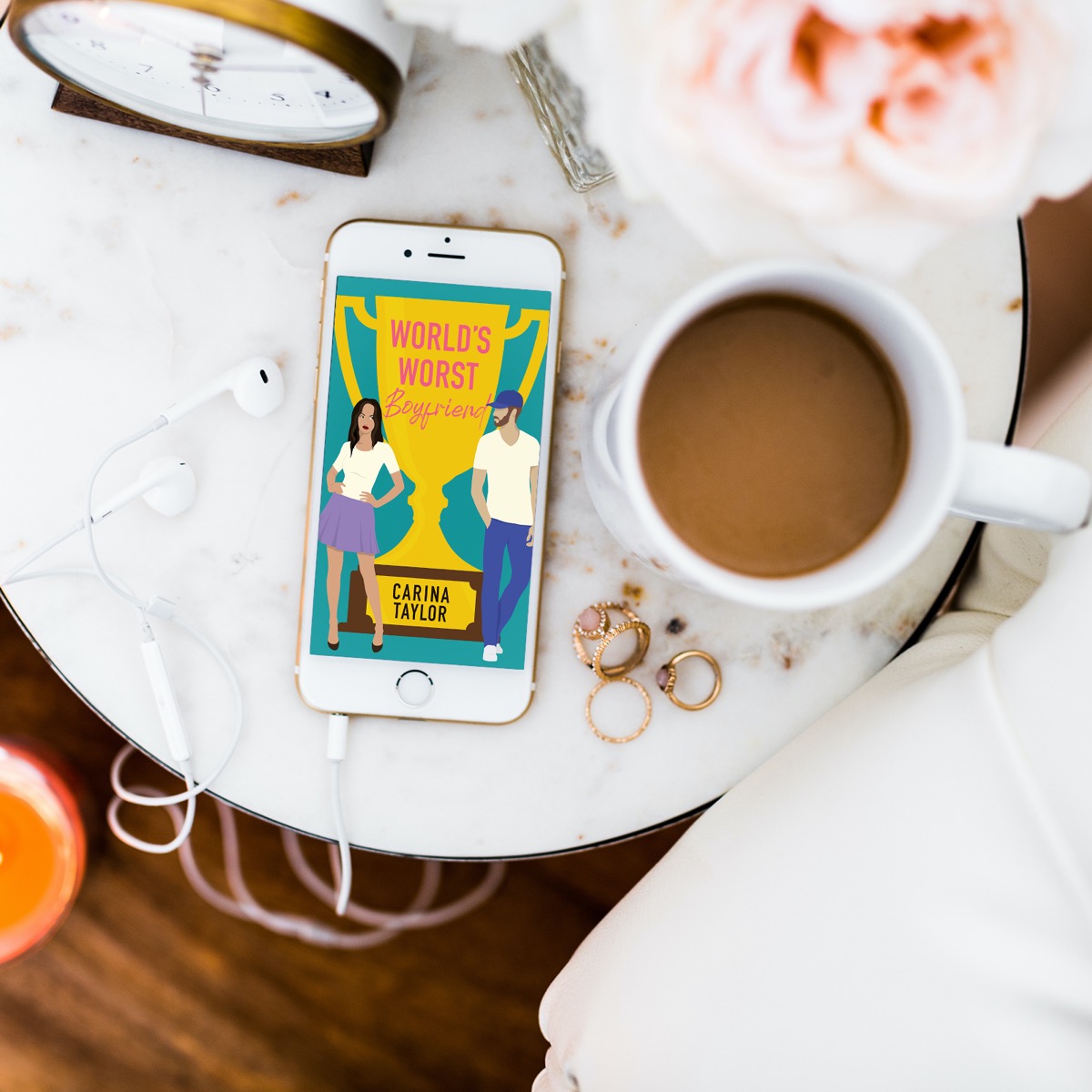 Fletcher is the “World’s Worst Boyfriend” and I have the trophy to prove it—along with the consolation gift card I’ve already spent. Entering him into the anonymous contest was cathartic and eye opening. It’s obvious I need to end this farce of a relationship… so, I do.

Too bad I’m still comparing every man I meet to Fletcher.

Too bad I can’t get him out of my mind—or my house, for that matter, with the way he’s always stopping by to ‘fix’ something.

And it’s especially too bad that I’m learning not everything is as it seems, and that maybe, just maybe, Fletcher had a good reason for his actions. (Although, there is no justification for the moldy laundry.)

What’s a girl to do? He says he’ll explain everything soon. But am I ready to face that explanation? What if he’s really not the worst—what if I am?

A romantic comedy adventure to make you laugh out loud!

Stay up to date on Carina Taylor's latest giveaways, releases, projects, and books she recommends!