Where has the year gone?

It’s November already – where has the year gone? I’ve been sitting at my desk this month, trying to organize what’s left of it, and I’ve discovered that I already have projects and deadlines scheduled for early 2022!

How about you? Are you already planning for the coming year?

I think the trick is not to let yourself be overrun.

It’s how Asterix gets through. Asterix is a French comic that I’ve been reading since I before I could read. It’s about an unlikely Gaul hero (who doesn’t look like a hero at all) and his big buddy Obelix (who doesn’t look like one either). They live in the very last village to resist the Roman Empire’s conquest of Gallia.

The thing I like about Asterix and his friend is that they take one problem at a time, always with humor, and they never give up.

I actually have some first editions. We’re up to #39 now, and it’s still going strong over here in Europe.

I think that’s a good motto in general, but I’m going to try to especially work this into my thinking this winter:

How about you? Let me know your thoughts.

P.S.: Here are a few free goodies for you to take a look at - I am certainly excited about these!

While carrying out renovations at The Alhambra, Granada, Spain, a maintenance worker uncovers a casket from the mid-fourteenth century. This is the period of the latter years of what was once the great al-Andalus empire, now modern-day Andalusia in southern Spain. Historians are excited to find, inside the casket, the journal of al-Jatib, vizier of the young sultan Yusuf I, who is also a renowned poet and medic of his time. The journal is of his visits to the sultan’s ailing grandmother, Fátima, as she lies agonising in the chambers of The Alhambra Palace.

The year is 1348. Throughout her long life, Fátima has been witness to no less than the first seven of the sultans of the Nasrid Dynasty, founders of what we know today as The Alhambra Palace, in Granada. The first seven sultans of this dynasty were all close family members to Fátima and historians are delighted to have discovered this document, which has lain under the foundation of the palace for centuries.

Is this document simply an account of the establishment of the Nasrid Dynasty, reigning over the al-Andalus empire, or will the document reveal something that has been thus far concealed to our historians for over six hundred years? 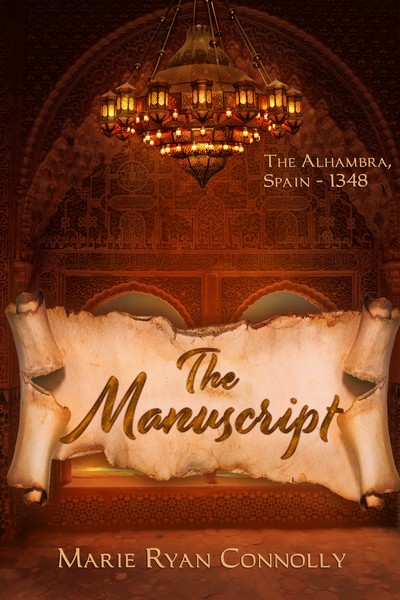 Tournament of the Elite

For as long as possible, Hector Kane has put off the age-old Adelithian tradition of hosting the Tournament of the Elite and picking a potential wife. Content to play by his own rules, Hector would much rather have his friends, Merrick and Roderick, protect him—but unless he obeys his father's demands, he could risk losing the crown.

In order to recruit his friends into his personal guard, they must take part in the tournament—but when thieves break into the king's vault Merrick becomes disqualified.

Furthermore, the prince walks a thin line as he tries to stick to his duties, court a potential wife and prevent the thieves from coming back to take what’s not theirs.

Unless Hector can prove his worth and stop the thieves, his efforts to create a life on his terms will be seen as nothing more than selfish—and Hector can kiss the crown goodbye. He’s not about to let that happen, but even princes have no control over fate...