The clocks have been set back one hour, and where I live, it gets dark at 4:30pm now.

How is it where you live? And how are you dealing with the change of season?

To be honest, I don’t like frosty mornings and dreary afternoons.

But November does have some redeeming qualities, too: putting up the Christmas decorations, making Advent calendars for friends and family, and early nights with new books to read whenever I'm not working on my own.

My youngest daughter recently commented that Christmas lasts for about four months at our house because of the the swaying TBR piles that only start shrinking toward Easter, the festive lights, and the glue and glitter that get everywhere throughout November until the Advent calendars have all found their way to their new homes.

Usually, I put chocolates inside those calendars. But if one of my friends doesn’t like sweets, or I'm aware that they could use something else better, then I try to make that happen, too.

One year, a friend of mine got a calendar with gear for a toolbox, one piece a day. Another friend got one with poems, which she read to her students every morning.

This year, a friend asked me for a special calendar - one that has a series of original stories for her to read one a day. She wants me to write them. At this stage, I have maybe five completed. It's a challenge! Wish me luck!

If you're reading this, I know that you love books - but do you celebrate Christmas? And if so, do you like Advent calendars? Ever get a special one you like to remember? Let me know – I love hearing from you.

Have a happy, bright, and readerly holiday season!

P.S. Here are some short stories, novellas, and books that you might enjoy, now that it's getting cold outside. Some are free, and the others don't cost more than a coffee to go at Starbuck's, so go grab them up and have fun - 'tis the season!

Click here to read The Manuscript by Marie Ryan Connolly. It's free if you subscribe to Marie's lovely newsletter.

While carrying out renovations at The Alhambra, Granada, Spain, a maintenance worker uncovers a casket from the mid-fourteenth century. This is the period of the latter years of what was once the great al-Andalus empire, now modern-day Andalusia in southern Spain. Historians are excited to find, inside the casket, the journal of al-Jatib, vizier of the young sultan Yusuf I, who is also a renowned poet and medic of his time. The journal is of his visits to the sultan’s ailing grandmother, Fátima, as she lies agonising in the chambers of The Alhambra Palace.

The year is 1348. Throughout her long life, Fátima has been witness to no less than the first seven of the sultans of the Nasrid Dynasty, founders of what we know today as The Alhambra Palace, in Granada. The first seven sultans of this dynasty were all close family members to Fátima and historians are delighted to have discovered this document, which has lain under the foundation of the palace for centuries.

Is this document simply an account of the establishment of the Nasrid Dynasty, reigning over the al-Andalus empire, or will the document reveal something that has been thus far concealed to our historians for over six hundred years?

Click here to get Red Parade by S.V. Farnsworth. It's free if you subscribe to Summer's cool newsletter.

Young Ashlyn of Cairn doesn't dream of war. Her village sits at the farthest point from the battlefront. Thus, rumors of the crown princess's all-female army seldom reach her ears.

Ashlyn's fate has been set from birth. She will marry her third cousin Rupert and be a cobbler's wife. That's a vastly better situation than being a washer woman's daughter.

If only the taxes weren't due and Ashlyn's father hadn't gambled away her mother's meager earnings, then a humble girl might never have been set on the path to aid the return of the Modutan Empire. 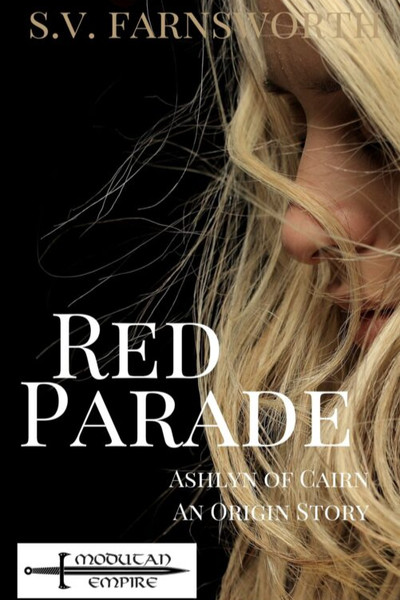 Christopher Patterson's A Chance Beginning is book 1 in the epic Dream Walker Chronicles ($4.99 on Amazon)

Every heart has a quest . . . and every journey begins with a first step

Erik Eleodum never wanted to be a hero. Fate had a different plan.

Erik is content farming for his family for the rest of his life, while his brother and cousin can't think of a worse fate. For different reasons, they leave the life they know behind. Soon, their world crashes down around them as they realize it is cruel, brutal, selfish, and violent. Now, they must not only rely on one another, but also on gypsies, thieves, mercenaries, dwarves, and a mage for their survival.

In the end, Erik will face danger, deceit, murder, death, evil, and - most terrifyingly - himself to become the hero he was always meant to be as an ancient evil many thought only a myth resurfaces.

Enter a world readers have compared to the epic fantasies of Lord of the Rings and Game of Thrones, a world of adventure, terror, political intrigue, sorcery, and great heroic deeds. Come face to face dwarves, slavers, black mages, ruthless warriors, dragons. Come live in a world full of evil and fear.

This is a true hero's journey of faith, one of friendships, of trials and increasing danger. It all came from A Chance Beginning... 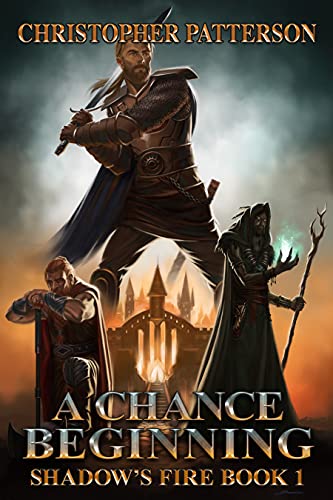 Raven Born by Bree Moore is an urban shifter fantasy that looks interesting ($2.99 on Amazon)

As a half-raven, half-woman shifter, Harper's very existence is illegal. Rumors of a hidden community of raven people draw her north, but she won't go without her brother.

When she's captured by a government task force and taken to a camp for illegal paranormals, she's threatened by a fate worse than death: the loss of her wings.

Now Harper must find a way to evade the magical spells that imprison her. To succeed, she'll have to trust someone who could betray her in an instant.

Can Harper escape Camp Silver Lake and find her brother before her wings or her life are taken from her? 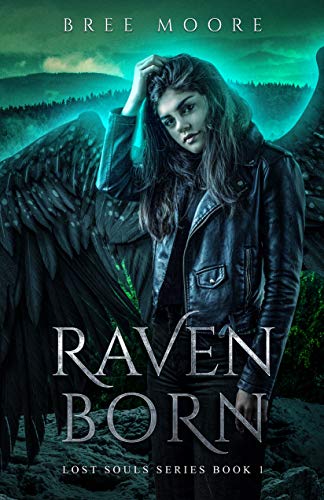 Peaceweaver is a retelling of Hades and Persephone by Everly Haywood ($3.99 on Amazon)

A healer ordered to kill. A nobleman on the precipice of death. A magical connection that binds them to a nightmarish curse.

Young dune elf Persis Ophne takes pride in her gift of healing. Expecting to mend the ailing Prince of Gelaira, her world is shattered when she's informed her true undercover assignment is to murder the dark elf. And her reluctance to assassinate the betrothed royal is further complicated when she finds herself falling for him.

Prince Haryk longs to be a worthy ruler. But when he's struck with an inexplicable ailment with seemingly no cure, the selfless elf fears his failing body will prevent him from updating the land's archaic peace treaty. And his doubts only intensify when he meets his future bride... and discovers he prefers her gentle servant healer.

Torn between her master's wishes and her curative duties, Persis is stunned when she uncovers the mysterious root to the Prince's crippling symptoms. And now that Prince Haryk has discovered someone else wants him dead, he vows to do whatever it takes to protect his kingdom from hidden enemies.

Will Persis and Haryk's forbidden love survive a nightmarish curse and bloody betrayals? 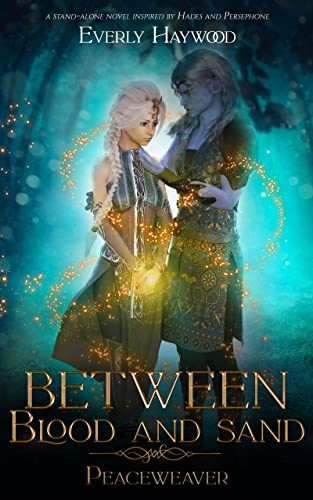