Shadows and Crows is Here 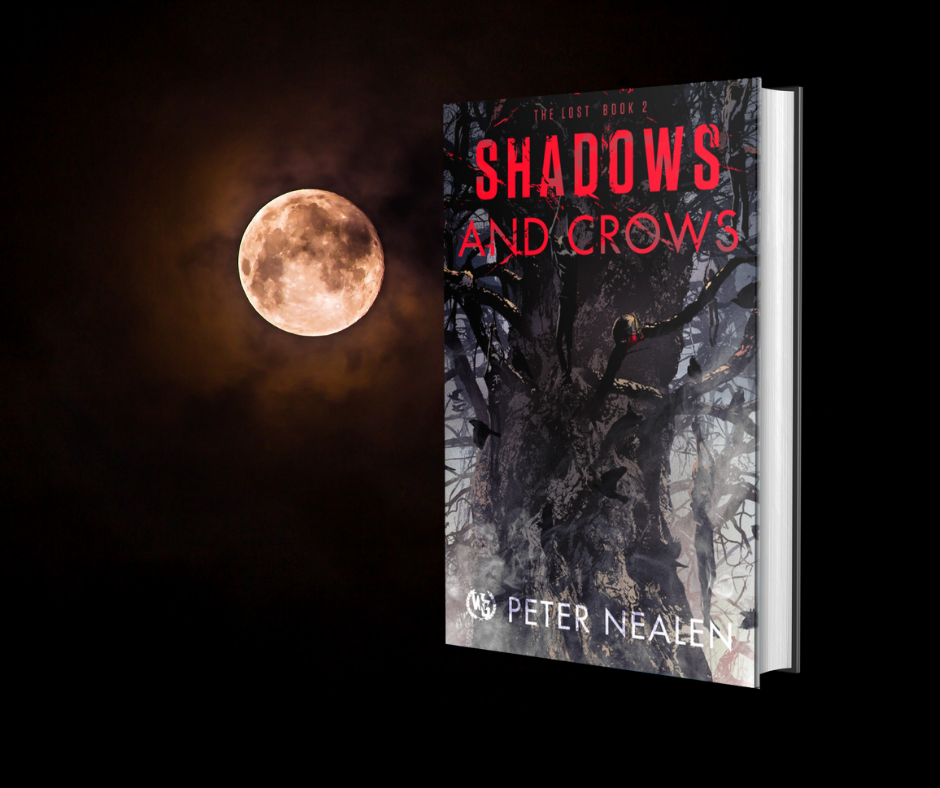 Weird, sonorous chanting rose from the beach. As I got behind a massive, ancient oak and got on my rifle, I saw that the corsairs had formed a shield wall in a great crescent around the largest of the beached ships. The ships themselves were high-prowed, black-painted and carved with snarling beasts. They looked a bit more Mediterranean to my admittedly unpracticed eye than Viking. But neither name had any meaning here, anyway.

The shield wall surrounded a knot of raiders, kneeling and swaying around an emaciated, hunchbacked figure draped in black rags. I couldn’t make out his face, as it was hidden beneath a deep, black cowl. But pale, crooked arms reached out from the rags wrapped around the figure’s shoulders, fingers like claws grasping at the sky as the figure twitched and spasmed, as it continued that droning, buzzing chant.

I might not have been the best-versed in the magic and monsters stuff, but I knew a threat when I saw one. And we’d all seen enough in the north to know that sorcery was a very real threat. I put my crosshairs on the twitching figure in rags and took up the slack on the trigger.

Two things happened in the next fraction of a second. As my trigger broke, one of the raiders in the circle sprang to his feet. Actually, it looked more like he was yanked to his feet by some irresistible, invisible force. And he stood up, right in front of the shot I’d meant for the sorcerer. I saw him get hit, saw the puff of blood and debris as my bullet punched through his lamellar armor and into his back. It was only about a four-hundred-yard shot.

A 7.62×51 round hits pretty damn hard at four hundred yards. Especially when it goes through a man’s heart and lungs, never mind his spine, which I’m pretty sure I’d just severed. And yet he stayed on his feet.

Then the sorcerer let out a ragged shout that buzzed and fritzed like a badly tuned radio, reached far over his head, and pulled down.

And the storm clouds above us suddenly dropped.

After surviving the initial horrors of the strange new world he finds himself in, Staff Sergeant Conor McCall and his Marine Recon platoon—or what’s left of it—have come to a safe haven where they and their newfound allies recover from the most brutal op of their lives.

But with MIAs left behind, there is unfinished business back in the Land of Ice and Monsters to the north.

Before the Marines can mount a rescue, the king to which they are indebted reminds them that alliances go both ways. An ancient evil has raided the Elven kingdom and carried off a priceless treasure. Only Conor and his team have any hope of recovering it.

A brotherhood was forged between the Marines and Elves while in the north. For the sake of that brotherhood, Conor and the other Recon Marines will voyage across the sea, through dark, trackless, and cursed wilderness…

To the lair of evil, in the Land of Shadows and Crows!

Shadows and Crows is out today on Kindle, Paperback, and Audiobook!